on September 25, 2020
The Kenwood TH-F6A is a wonderful tri-band HT.  I have owned one for many years and enjoyed operating. 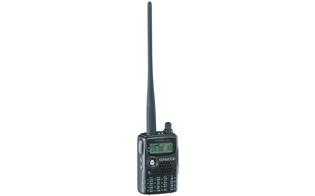 The radio's design is flawed in one aspect.  It is important to plug in the power connector into the jack on the radio before plugging it into the wall, cigarette lighter, or other external power source.  This is because an internal surface mount fuse can be blown if an energized power connector is plugged into the radio power jack.  Replacing the fuse is possible though difficult since it is a surface mount component.  This typically requires the radio be sent to Kenwood service for repair.
A better design would allow the power connector to be inserted or removed without risk to the radio.  Also, it would be desirable to design fuse replacement so that it can be performed by the owner and does not require the radio be sent to a service center for an expensive repair.
Good DX and 73, NJ2X
Handi-Talkie Kenwood TH-F6A Vintage Electronics
Location: Aptos, CA 95003, USA