Fly Me to the Moon 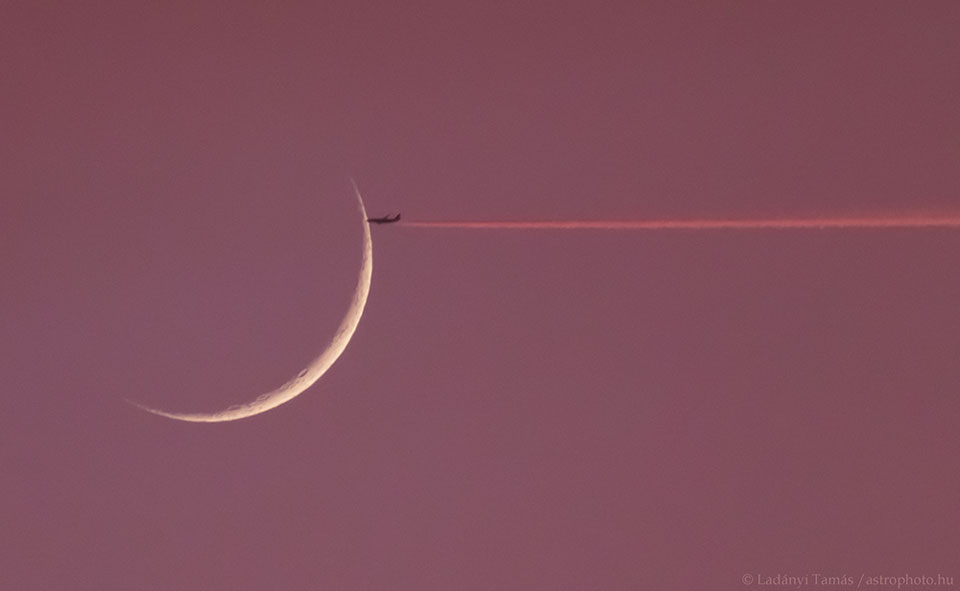 No, this is not a good way to get to the Moon. What is pictured is a chance superposition of an airplane and the Moon. The contrail would normally appear white, but the large volume of air toward the setting Sun preferentially knocks away blue light, giving the reflected trail a bright red hue. Far in the distance, to the right of the plane, is the young Moon. This vast world shows only a sliver of itself because the Sun is nearly lined up behind it. Captured two weeks ago, the featured image was framed by an eerie maroon sky, too far from day to be blue, too far from night to be black. Within minutes the impromptu sky show ended. The plane crossed the Moon. The contrail dispersed. The Sun set. The Moon set. The sky faded to black, only to reveal thousands of stars that had been too faint to see through the rustic red din. via NASA http://ift.tt/2jshSWb
on January 18, 2017