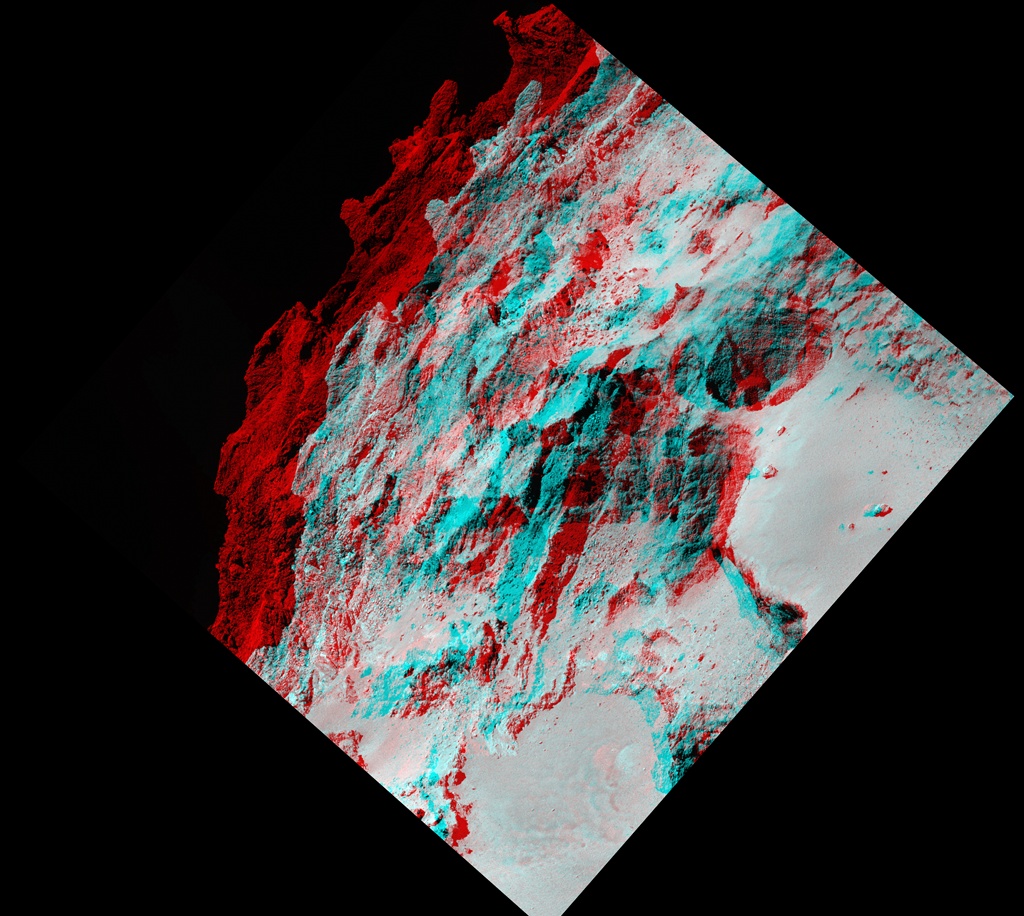 Get out your red/cyan glasses and gaze across the surface of Churyumov-Gerasimenko, aka Comet 67P. The stereo anaglyph was created by combining two images from the Rosetta spacecraft's narrow angle OSIRIS camera taken on September 22, 2014. Stark and jagged, the 3D landscape is found along the Seth region of the comet's double-lobed nucleus. It spans about 985 x 820 meters, pocked by circular ridges, depressions, and flattened areas strewn with boulders and debris. The large steep-walled circular pit in the foreground is 180 meters in diameter. Rosetta's mission to the comet ended in September 2016 when the spacecraft was commanded to a controlled impact with the comet's surface. via NASA http://ift.tt/2nnbvSz
on March 31, 2017