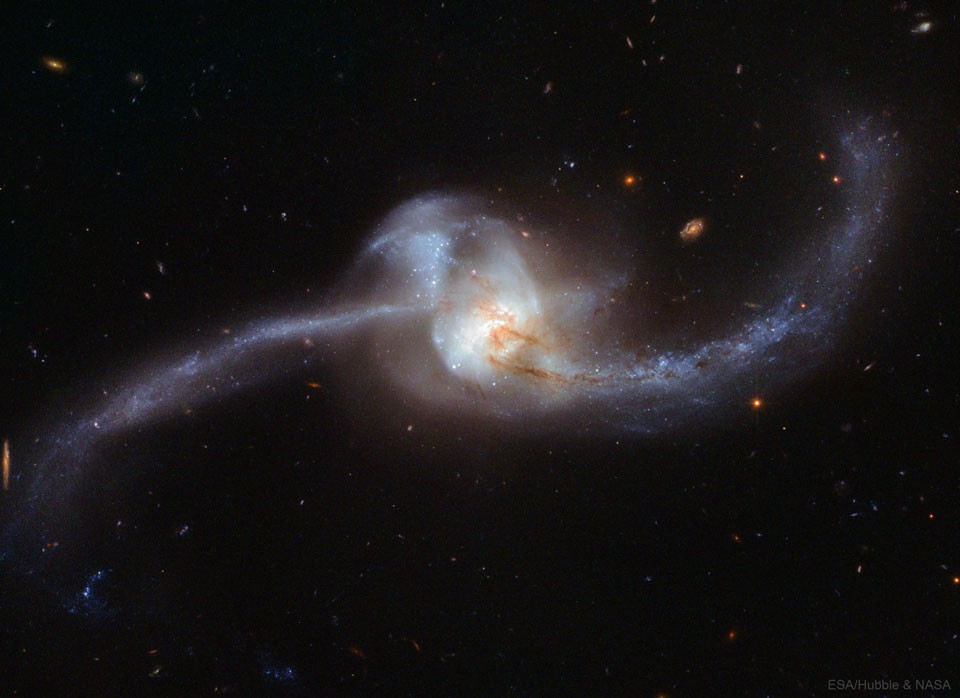 Where do stars form when galaxies collide? To help find out, astronomers imaged the nearby galaxy merger NGC 2623 in high resolution with the Hubble Space Telescope. Analysis of this and other Hubble images as well as images of NGC 2623 in infrared light by the Spitzer Space Telescope, in X-ray light by XMM-Newton, and in ultraviolet light by GALEX, indicate that two originally spiral galaxies appear now to be greatly convolved and that their cores have unified into one active galactic nucleus (AGN). Star formation continues around this core near the featured image center, along the stretched out tidal tails visible on either side, and perhaps surprisingly, in an off-nuclear region on the upper left where clusters of bright blue stars appear. Galaxy collisions can take hundreds of millions of years and take several gravitationally destructive passes. NGC 2623, also known as Arp 243, spans about 50,000 light years and lies about 250 million light years away toward the constellation of the Crab (Cancer). Reconstructing the original galaxies and how galaxy mergers happen is often challenging, sometimes impossible, but generally important to understanding how our universe evolved. via NASA http://ift.tt/2CVMj1y
on January 10, 2018