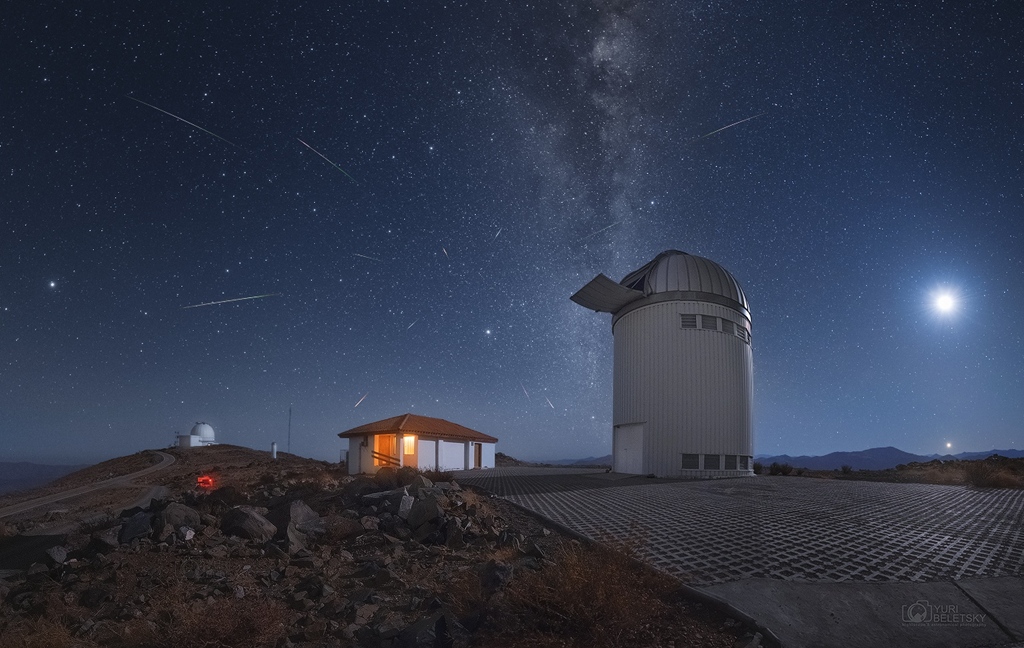 Earth's annual Lyrid meteor shower peaked before dawn on April 22nd, as our fair planet plowed through dust from the tail of long-period comet Thatcher. Seen from the high, dark, and dry Atacama desert a waning crescent Moon and brilliant Venus join Lyrid meteor streaks in this composited view. Captured over 5 hours on the night of April 21/22, the meteors stream away from the shower's radiant, a point not very far on the sky from Vega, alpha star of the constellation Lyra. The radiant effect is due to perspective as the parallel meteor tracks appear to converge in the distance. In the foreground are domes of the Las Campanas Observatory housing (left to right) the 2.5 meter du Pont Telescope and the 1.3 meter Optical Gravitational Lensing Experiment (OGLE) telescope. via NASA http://ift.tt/2p2Mr6N
on April 27, 2017