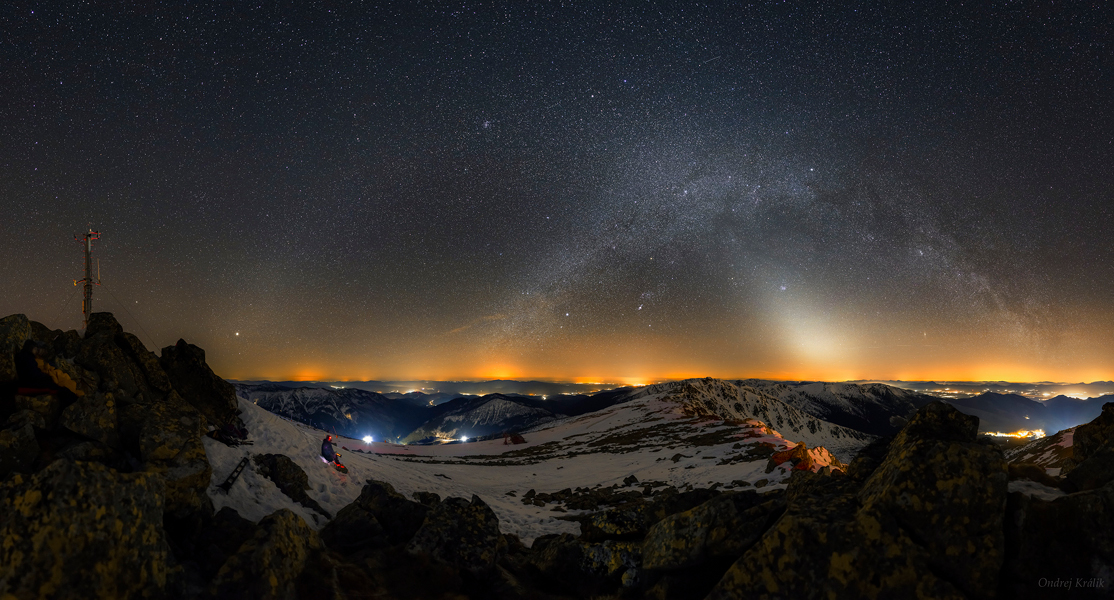 Two luminous arches stretched across the dome of the sky on this northern spring night. After sunset on March 29, the mountain view panorama was captured in 57 exposures from Chopok peak in central Slovakia at an altitude of about 2,000 meters. The arc of the northern Milky Way is visible toward the right, but only after it reaches above the terrestrial lights from the mountain top perspective. Though dusk has passed, a bright patch of celestial light still hovers near the horizon and fades into a second luminous arch of Zodiacal Light, crossing near the center of the Milky Way. Dust in the ecliptic plane reflects sunlight to create the Zodiacal glow, typically prominent after sunset in clear, dark, skies of the northern spring. Almost opposite the Sun, Jupiter shines brightly near the horizon toward the left. Since Jupiter lies near the ecliptic, it appears within the slight brightening of the Zodiacal band also opposite the Sun called the Gegenschein. via NASA http://ift.tt/2pG0XTC
on April 29, 2017