A Zodiacal Sky over Horseshoe Bend 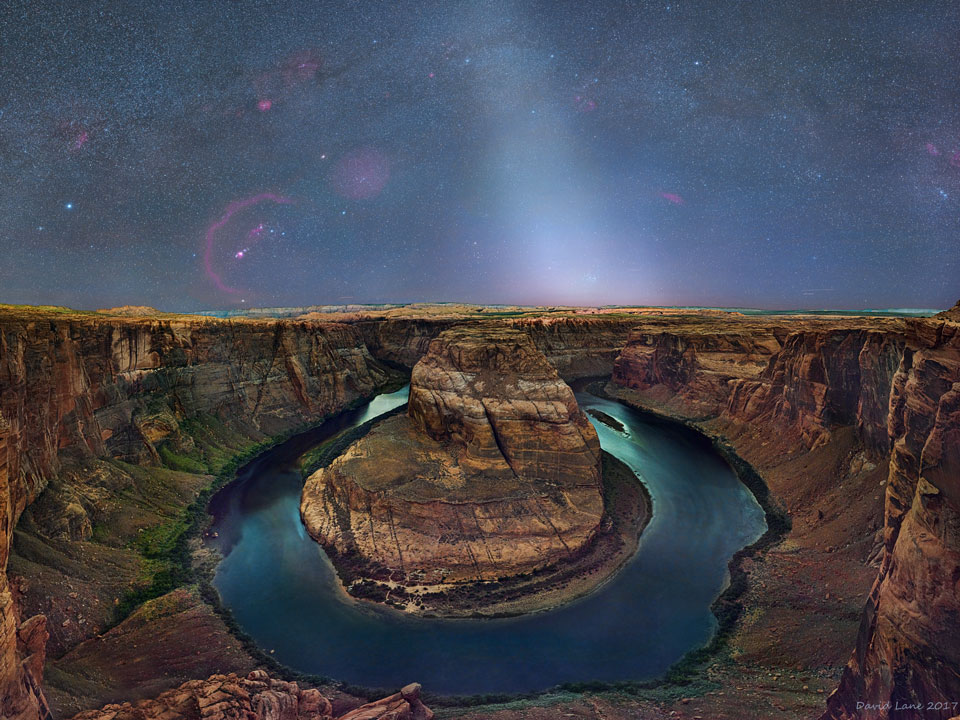 What's causing the unusual ray of white light extending upward from the central horizon? Dust orbiting the Sun. At certain times of the year, a band of sun-reflecting dust from the inner Solar System rises prominently before sunrise and is called zodiacal light. The dust originates mostly from faint Jupiter-family comets and slowly spirals into the Sun. Pictured, in front of the zodiacal light, is a spectacular view of Horseshoe Bend of the Colorado River. Emitted from well behind the zodiacal light is a spectacular sky that includes many bright stars including Sirius, several blue star clusters including the Pleiades, and an assortment of red nebula including Barnard's Loop in Orion. The 30-image composite was taken earlier this month in nearly complete darkness only six inches from the edge of a dangerous cliff. via NASA http://ift.tt/2qEbjmb
on May 22, 2017