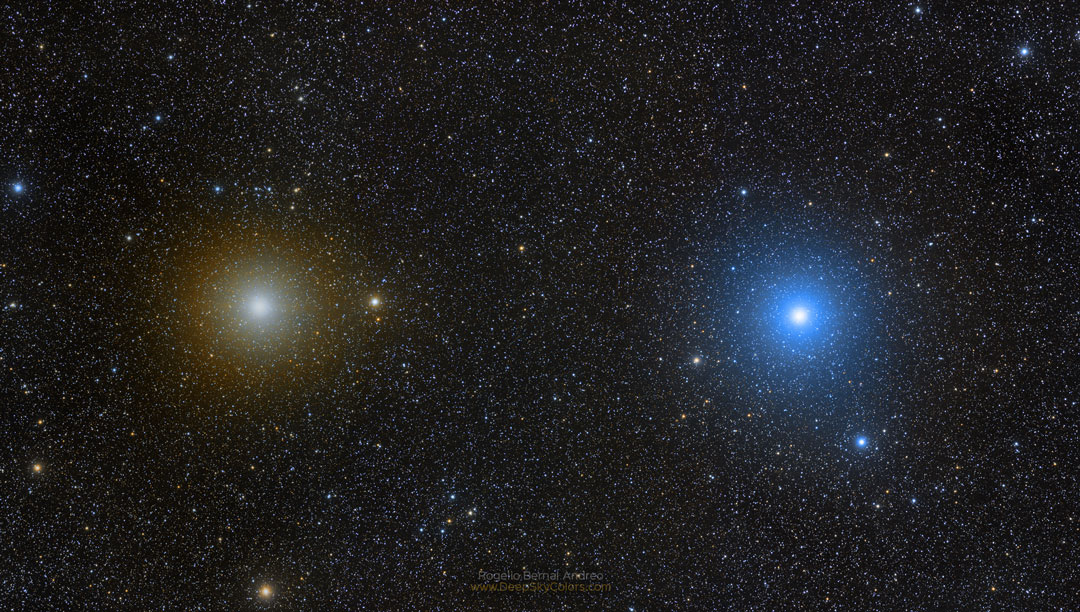 Who are the twins of Gemini? It terms of astronomical objects, the famous constellation is dominated by two bright stars: Pollux (left) and Castor (right). Pictured, the two stars stand out because they are so bright, so close together both in angle and brightness, but so different in color. Pollux, at 33 light years distant, is an evolved red giant star twice as massive as our Sun. Castor, at 51 light years distant, is a blue main sequence star about 2.7 times more massive that our Sun. Castor is known to have at least two stellar companions, while Pollux is now known to be circled by at least one massive planet. In terms of ancient Babylonian, Greek, and Roman mythology, Castor and Pollux represent twin brothers. Currently, the Earth's orbit is causing the Sun to appear to shift in front of the constellation of Gemini, with the result that, for much of humanity, Castor and Pollux will remain visible toward the west at sunset for only a few more weeks. via NASA http://ift.tt/2pPdkck
on May 16, 2017