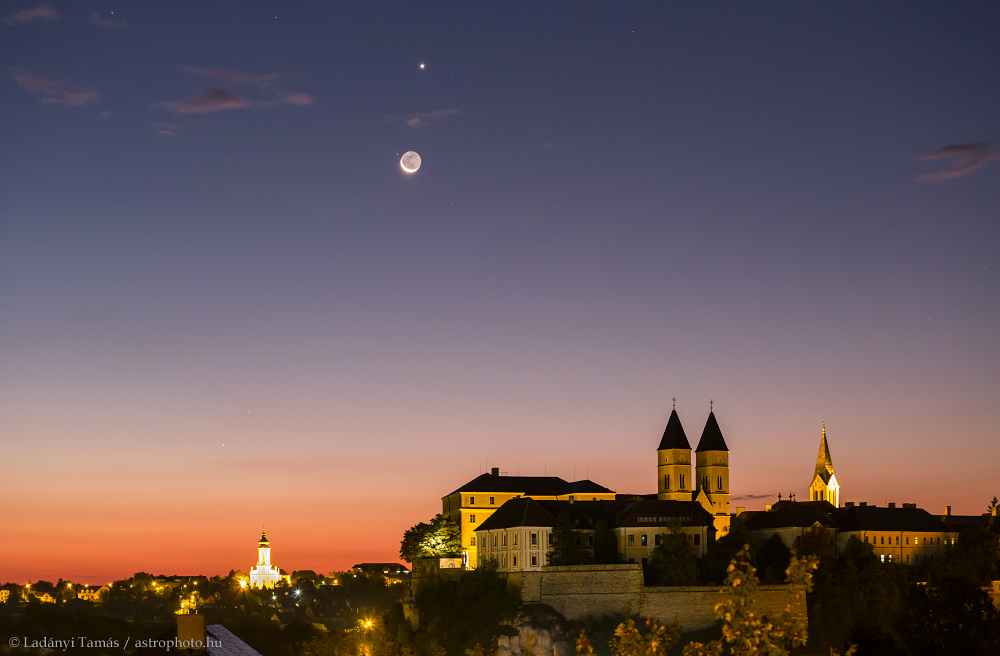 The Moon, three planets, and a bright star gathered near the ecliptic plane in the September 18 morning sky over Veszprem Castle, Hungary. In this twilight skyscape, Mercury and Mars still shine close to the eastern horizon, soon to disappear in the glare of the Sun. Regulus, alpha star of the constellation Leo, is the bright point next to a waning crescent Moon, with brilliant Venus near the top of the frame. The beautiful morning conjunction of Moon, planets, and bright star could generally be followed by early morning risers all around planet Earth. But remarkably, the Moon also occulted, or passed directly in front of, Regulus and each of the three planets within 24 hours, all on September 18 UT. Visible from different locations, timing and watching the lunar occultations was much more difficult though, and mostly required viewing in daytime skies. via NASA http://ift.tt/2xhaqlg
on September 21, 2017