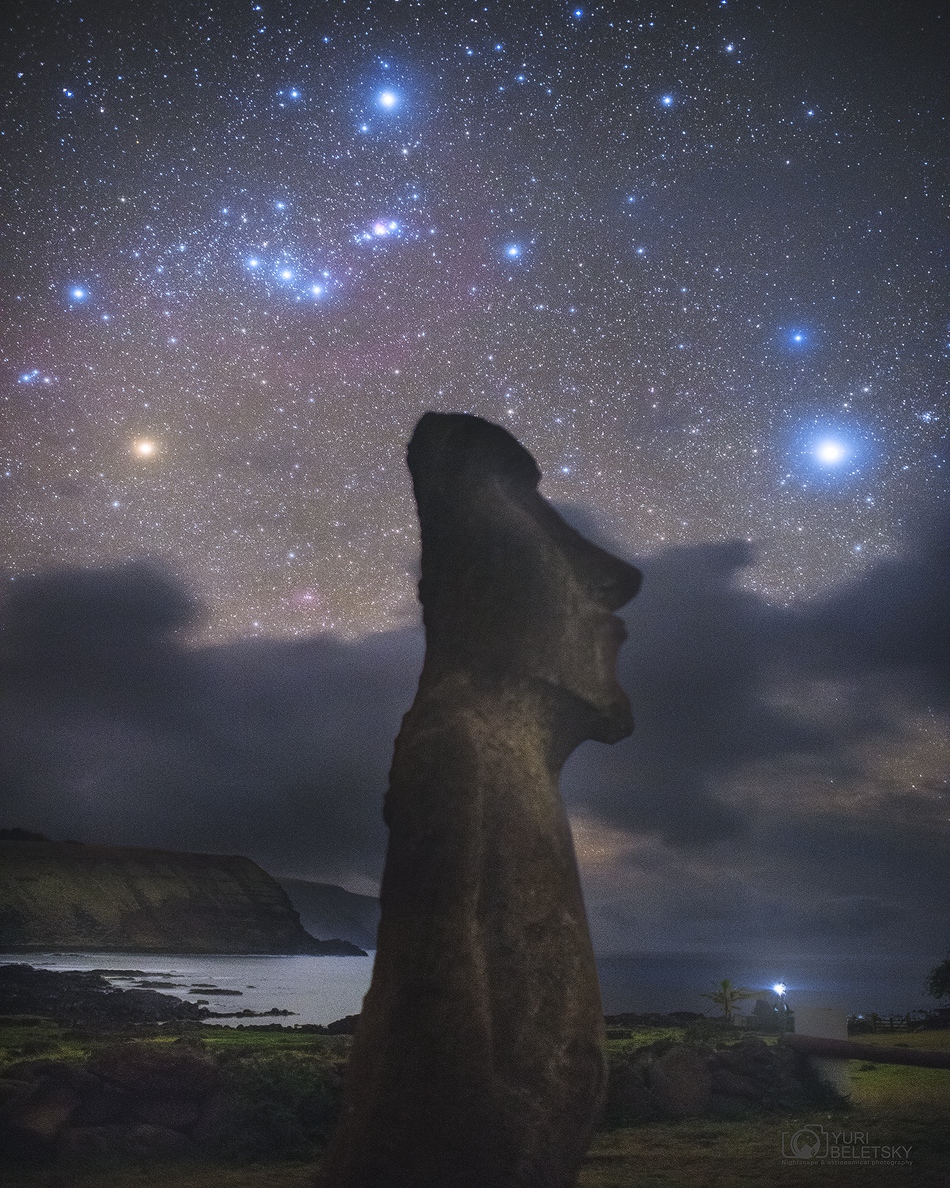 Why were the statues on Easter Island built? No one is sure. What is sure is that over 800 large stone statues exist there. The Easter Island statues, stand, on the average, over twice as tall as a person and have over 200 times as much mass. Few specifics are known about the history or meaning of the unusual rock sculptures, but many believe that they were created about 700 years ago in the images of local leaders of a lost civilization. Featured here, one of the ancient Moai sculptures was imaged in 2016 before the constellation of Orion, including the famous line of three belt stars and brilliant stars Betelgeuse (far left in red) and Rigel (upper center). The stone giant appears, however, to be inspecting the brightest star in the night sky (far right): Sirius. via NASA http://ift.tt/2yg6rWb
on September 18, 2017