ClearNode Allstar Link and Echolink hotspot node is on the air

My ClearNode AllStarLink/EchoLink (FM hotspot) simplex node arrived today from Node-Ventures.  Fun!
For those unfamiliar with AllStarLink, a node is a computer that connects to the AllStarLink network.  A node is often interfaced with an amateur radio and is connected to the internet. Radios can range in size from a repeater to a low power radio integrated into a node (as is the case with the ClearNode).  A node enables the owner to connect to other nodes in the AllStarLink network.
It was super easy to setup and get on the air.  My ClearNode unit came preconfigured so there wasn't much to do other than attach the 440Mhz band antenna and power it up.  I really like the durable case and overall simplicity of the design. 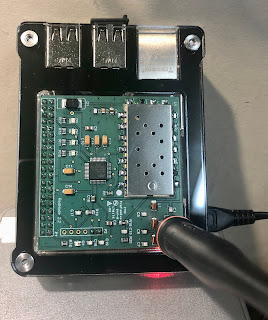 The ClearNode puts out about 500mW and comes with a stubby antenna.  I considered using the stock antenna though I was concerned that it may limit my ability to connect when operating from the backyard with my HT.  I decided to repurpose an unused dual-band rubber duck SMA antenna I had in a drawer to enjoy a bit more gain and extended range.
The ClearNode worked great with both AllStarLink and EchoLink.  I was able to link with repeater nodes all over the world easily using the ClearNode iPhome app.  The software worked flawlessly and offers a ton of configuration options for those that love to experiment.  Node-Ventures have also done an excellent job those who want a simple plug-and-play node.  Kudos! 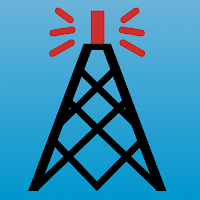 I talked to several hams on various repeaters and then checked-in on the Puget Sound Repeater Group's Nine O’clock Net on WW7PSR in Seattle, Washington.
Coverage around the house was strong with full quieting while using my dual-band HT set to low-power (1W).  This coming weekend I plan to do further testing around the house and outdoor coverage with my HT.
Good DX and 73, NJ2X
Related posts:

Congrats on your Clear Node! You will really enjoy it. Recently, they added Digital capabilities. Be sure to go to the website or update steps and how to get on DMR with an analog HT. I purchased a 2" hard plastic dual band antenna to replace the stock. Much better gain. Remember that the longer the antenna makes higher odds of another ht using your Clear Node without permission. Saturday mornings there is a TG91 Worldwide DMR Net. Runs 7AM Pacific to 10AM. Well organized and they call out checkins by countries. I listened to hams from all over the world connect. Then it was our turn in the USA. They call ours out by the number in callsign. Alot of fun. Ray KF6OJE Spokane Valley, WA