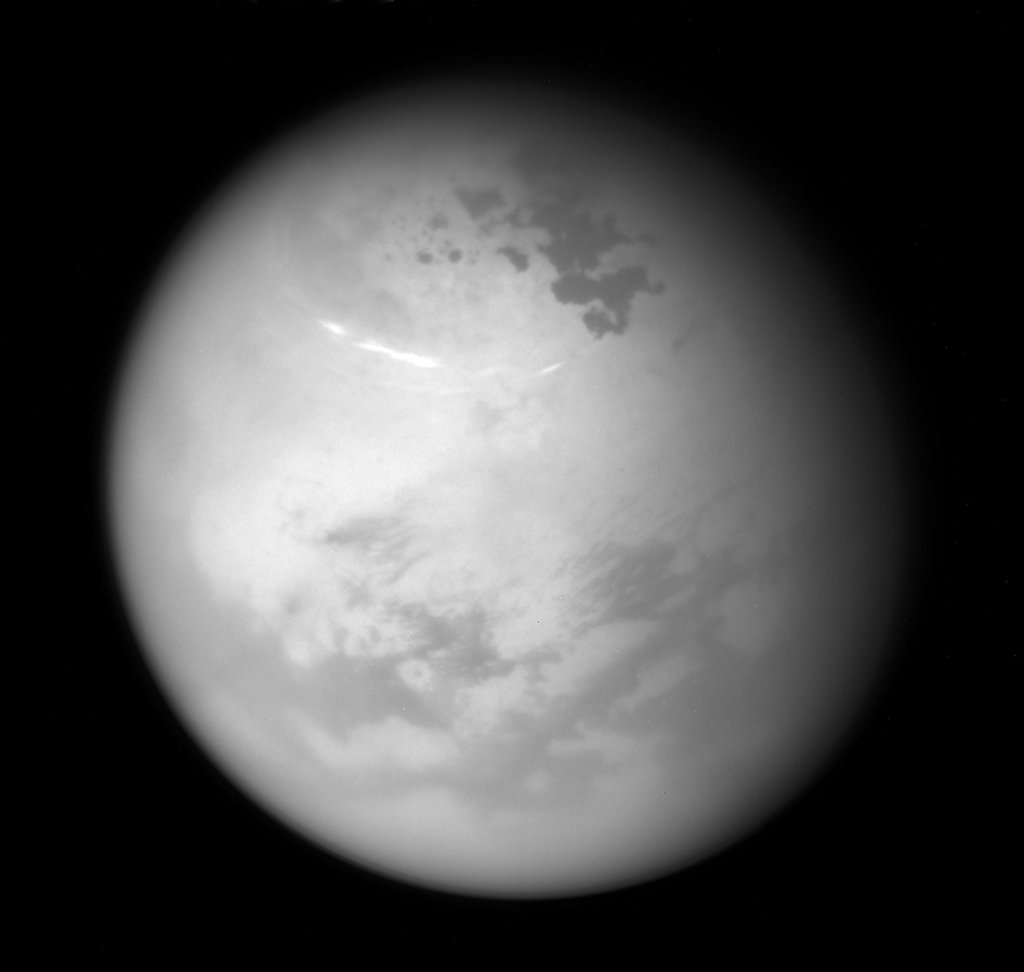 While yesterday's solstice brought summer to planet Earth's northern hemisphere, a northern summer solstice arrived for ringed planet Saturn nearly a month ago on May 24. Following the Saturnian seasons, its large moon Titan was captured in this Cassini spacecraft image from June 9. The near-infrared view finds bright methane clouds drifting through Titan's northern summer skies as seen from a distance of about 507,000 kilometers. Below Titan's clouds, dark hydrocarbon lakes sprawl near the large moon's now illuminated north pole. via NASA http://ift.tt/2sRQmGr
on June 21, 2017