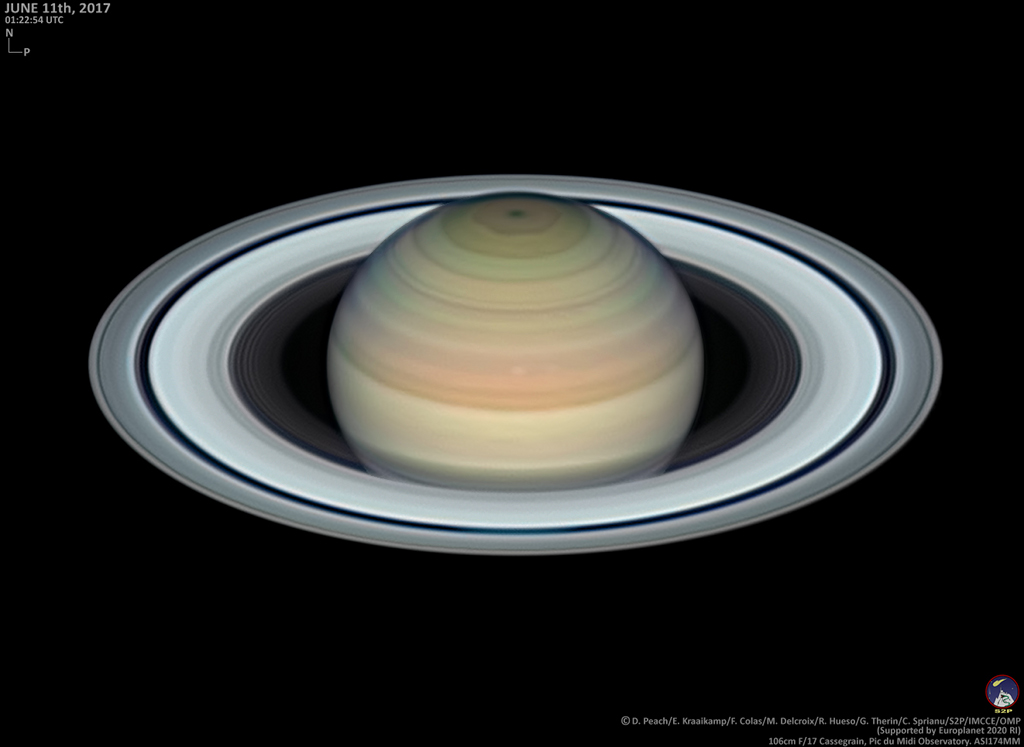 Saturn reached its 2017 opposition on June 16. Of course, opposition means opposite the Sun in Earth's sky and near opposition Saturn is up all night, at its closest and brightest for the year. This remarkably sharp image of the ringed planet was taken only days before, on June 11, with a 1-meter telescope from the mountain top Pic du Midi observatory. North is at the top with the giant planet's north polar storm and curious hexagon clearly seen bathed in sunlight. But Saturn's spectacular ring system is also shown in stunning detail. The narrow Encke division is visible around the entire outer A ring, small ringlets can be traced within the fainter inner C ring, and Saturn's southern hemisphere can be glimpsed through the wider Cassini division. Near opposition Saturn's rings also appear exceptionally bright, known as the opposition surge or Seeliger Effect. Directly illuminated from Earth's perspective, the ring's icy particles cast no shadows and strongly backscatter sunlight creating the dramatic increase in brightness. Still, the best views of the ringed planet are currently from the Saturn-orbiting Cassini spacecraft. Diving close, Cassini's Grand Finale orbit number 9 is in progress. via NASA http://ift.tt/2rmLBAm
on June 17, 2017