Red Sprites over the Channel 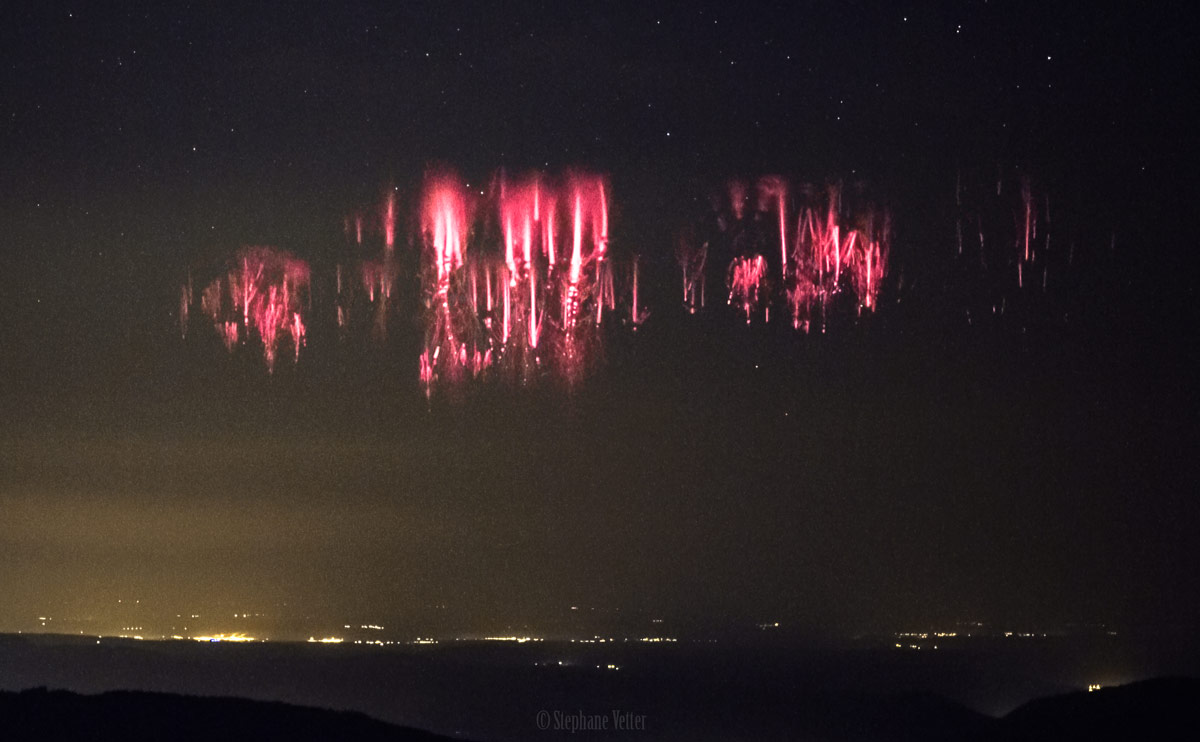 Mysterious and incredibly brief, red sprites are seen to occur high above large thunderstorms on planet Earth. While they have been recorded from low Earth orbit or high flying airplanes, these dancing, lightning-like events were captured in video frames from a mountain top perch in northern France. Taken during the night of May 28, the remarkably clear, unobstructed view looks toward a multicell storm system raging over the English Channel about 600 kilometers away. Lasting only a few milliseconds, the red sprite association with thunderstorms is known. Still, much remains a mystery about the fleeting apparitions including the nature of their relation to other upper atmospheric lightning phenomena such as blue jets or satellite detected terrestrial gamma flashes. via NASA http://ift.tt/2rvwGmB
on June 15, 2017