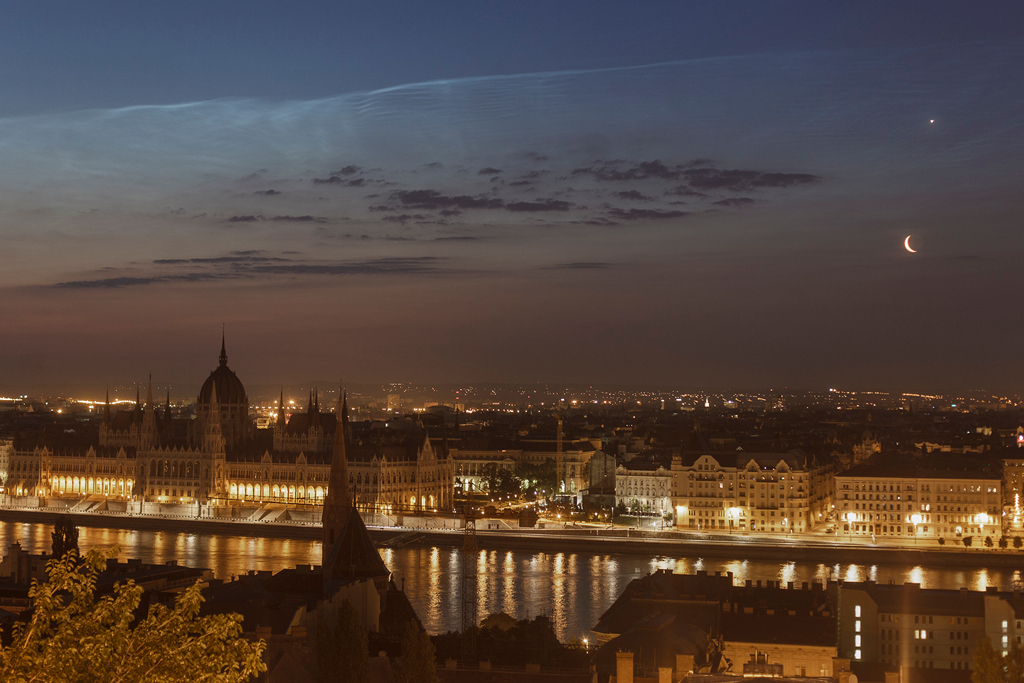 Before a solstice Sun rose on June 21, brilliant Venus and an old crescent Moon posed together over Budapest, Hungary for this predawn skyscape. In the foreground the view looks across the Danube river from Buda to Pest toward the dome and peaks of the Hungarian Parliament building. Low clouds are in silhouette against a twilight sky. But far enough above the eastern horizon to catch the sunlight shines another seasonal apparition on that solstice morning, noctilucent clouds. Seen near sunrise and sunset in summer months at high latitudes, the night-shining clouds are formed as water vapor in the cold upper atmosphere condenses on meteoric dust or volcanic ash near the edge of space. via NASA http://ift.tt/2sSU41V
on June 23, 2017