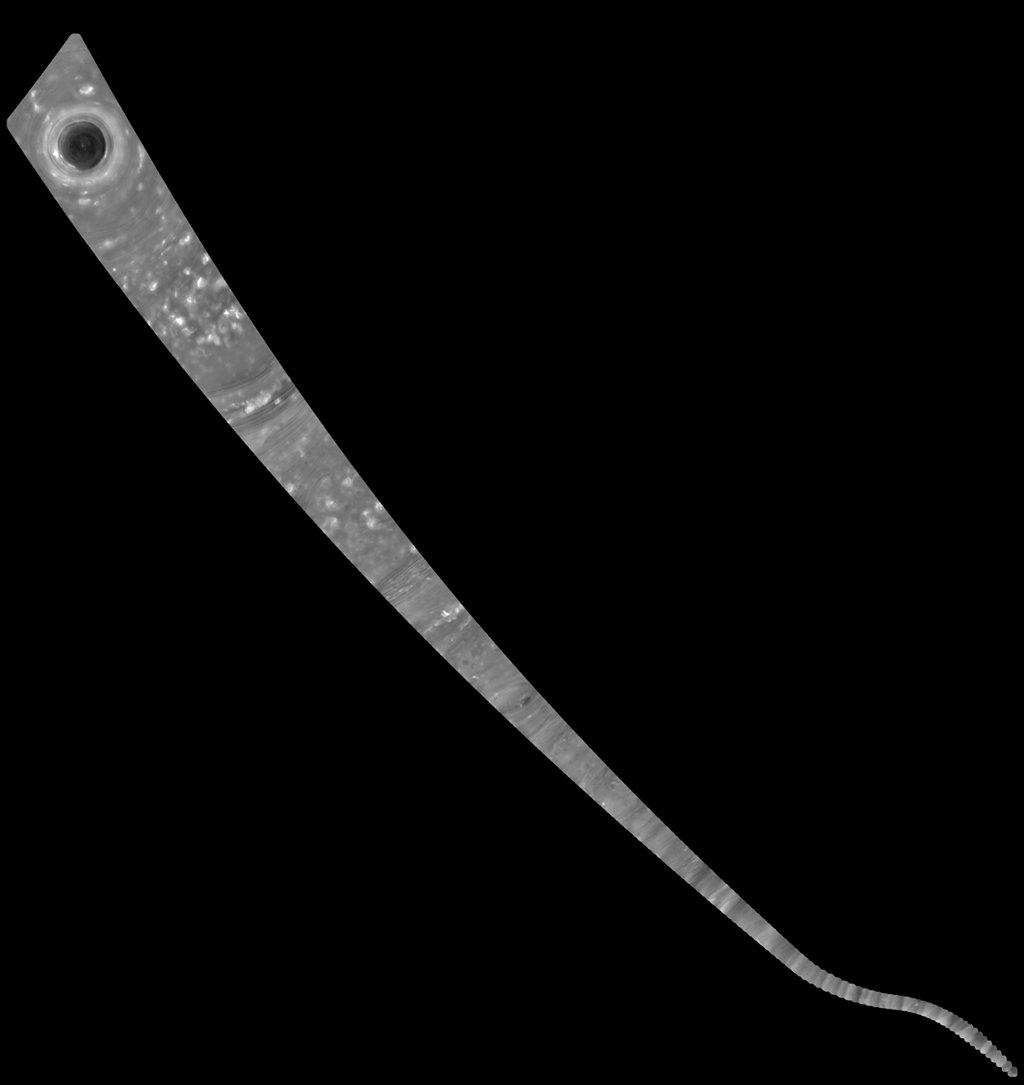 On April 26 the Cassini spacecraft swooped toward Saturn on the first of its Grand Finale dives between Saturn and rings. In this long, thin, noodle mosaic, a rapid series of 137 low resolution images captured by Cassini's wide-angle camera track its progress across the gas giant's swirling cloud tops. The mosaic projection maps the arc along Saturn's atmospheric curve on to a flat image plane. At top, the first mosaic panel is centered at 90 degrees north, about 72,400 kilometers above Saturn's dark north polar vortex. As the mosaic progresses it narrows, the pixel scale shrinking from 8.7 kilometers to 1 kilometer per pixel. For the last panel, the spacecraft is 8,374 kilometers above a region 18 degrees north of Saturn's equator. Frame orientation changes near the bottom as Cassini rotates to maneuver its large, dish-shaped, high-gain antenna forward, providing a shield before crossing Saturn's ring plane. via NASA http://ift.tt/2tL8zqm
on July 28, 2017