The Milky Way over Monument Valley 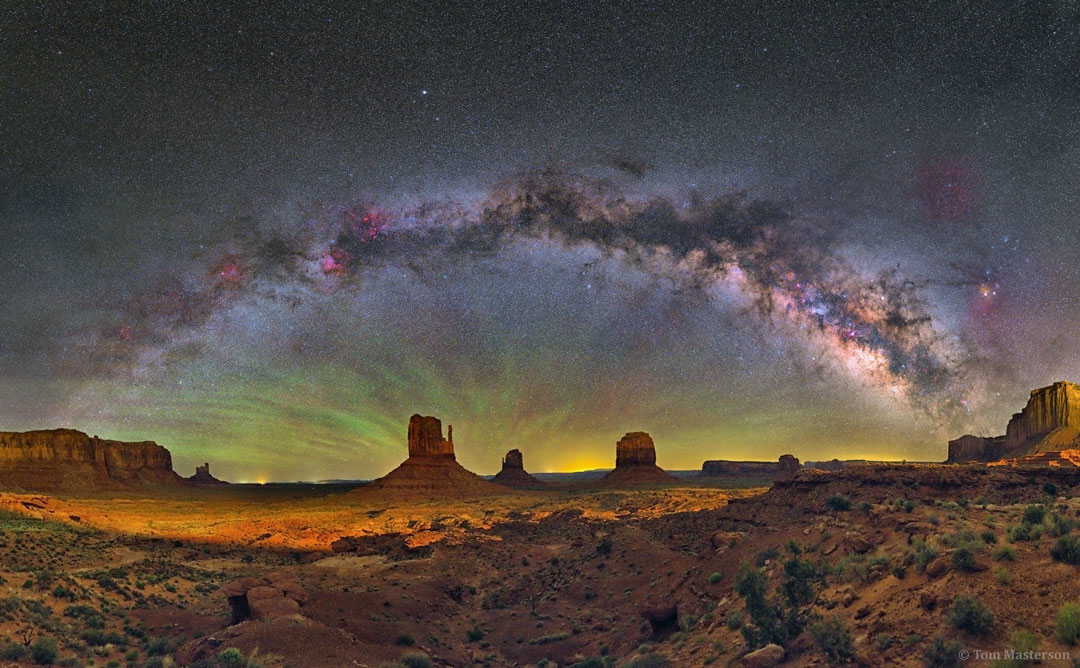 You don't have to be at Monument Valley to see the Milky Way arc across the sky like this -- but it helps. Only at Monument Valley USA would you see a picturesque foreground that includes these iconic rock peaks called buttes. Buttes are composed of hard rock left behind after water has eroded away the surrounding soft rock. In the featured image taken in 2012, the closest butte on the left and the butte to its right are known as the Mittens, while Merrick Butte can be seen farther to the right. Green airglow fans up from the horizon. High overhead stretches a band of diffuse light that is the central disk of our spiral Milky Way Galaxy. The band of the Milky Way can be spotted by almost anyone on almost any clear night when far enough from a city and surrounding bright lights, but a sensitive digital camera is needed to capture these colors in a dark night sky. via NASA http://ift.tt/2uuSbY1
on July 26, 2017