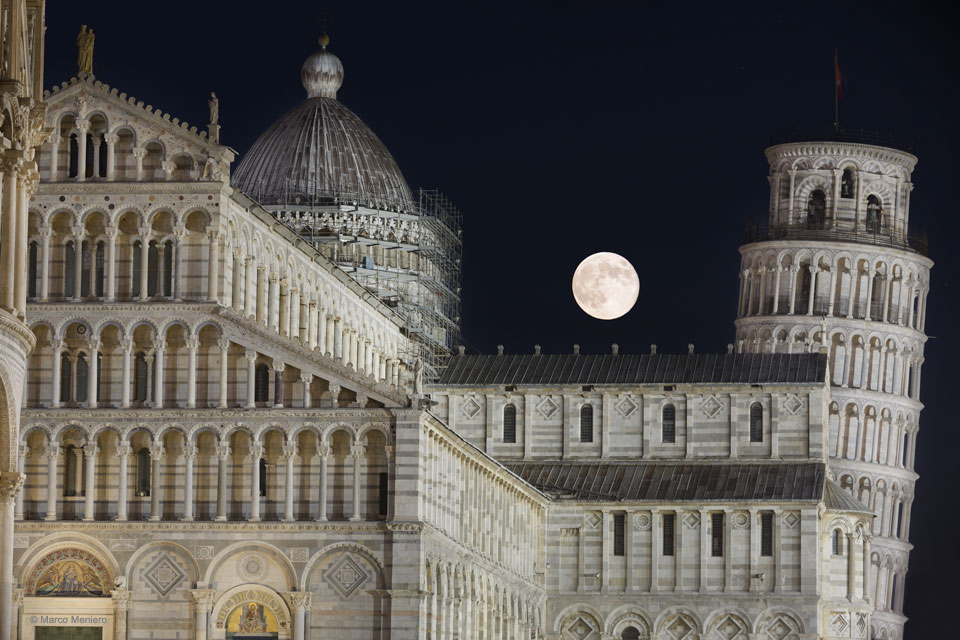 What's wrong with this picture? If you figure it out, you may then realize where the image was taken. The oddity lies actually in one of the buildings -- it leans. The Leaning Tower of Pisa has been an iconic legend since shortly after its construction began in the year 1173. Now part of a UNESCO World Heritage Site, folklore holds that Galileo used the leaning tower to dramatically demonstrate the gravitational principle that objects of different mass fall the same. Between the Leaning Tower of Pisa on the right and Pisa Cathedral and the Pisa Baptistery on the left, a full "Thunder" moon was visible last week when the image was taken. Using modern analyses, the tower has been successfully stabilized and, barring the unexpected, should hold its present tilt for the next 200 years. via NASA http://ift.tt/2vtTvJQ
on July 18, 2017