A Partial Eclipse Over Manila Bay 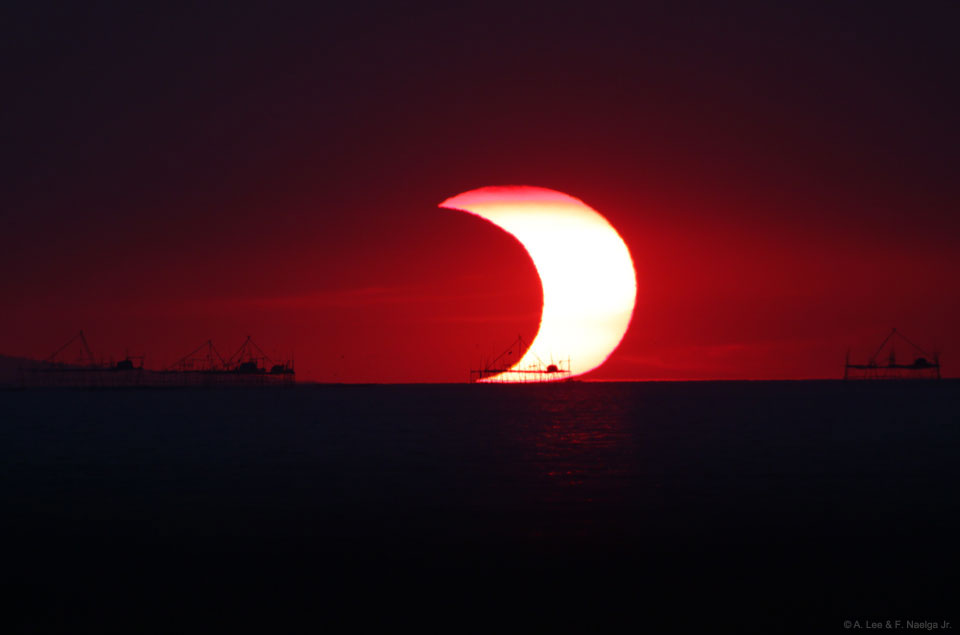 What's happened to the setting Sun? An eclipse! In early 2009, the Moon eclipsed part of the Sun as visible from parts of Africa, Australia, and Asia. In particular the featured image, taken from the Mall of Asia seawall, caught a partially eclipsed Sun setting over Manila Bay in the Philippines. Piers are visible in silhouette in the foreground. Eclipse chasers and well placed sky enthusiasts captured many other interesting and artistic images of the year's only annular solar eclipse, including movies, eclipse shadow arrays, and rings of fire. On Thursday parts of the Sun again will become briefly blocked by the Moon, again visible to some as a partial eclipse of the Sun. Thursday's eclipse, however, will only be visible from parts of southern South America and Antarctica. via NASA http://ift.tt/2Ei6EKV
on February 11, 2018