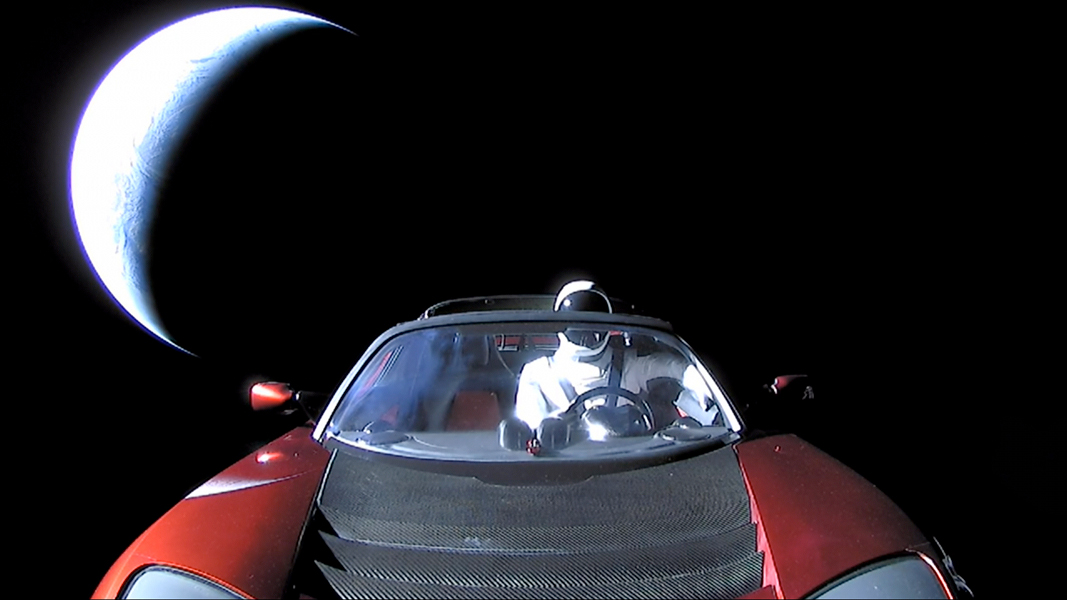 Don't panic. It's just a spacesuited mannequin named Starman. As the sunlit crescent of planet Earth recedes in the background, Starman is comfortably seated at the wheel of a Tesla Roadster in this final image of the payload launched by a Falcon Heavy rocket on February 6. Internationally designated 2018-017A, roadster and Starman are headed for space beyond the orbit of Mars. The successful Falcon Heavy rocket has now become the most powerful rocket in operation and the roadster one of four electric cars launched from planet Earth. The other three were launched to the Moon by historically more powerful (but not reusable) Saturn V rockets. Still, Starman's roadster is probably the only one that would be considered street legal. via NASA http://ift.tt/2C9n06N
on February 10, 2018