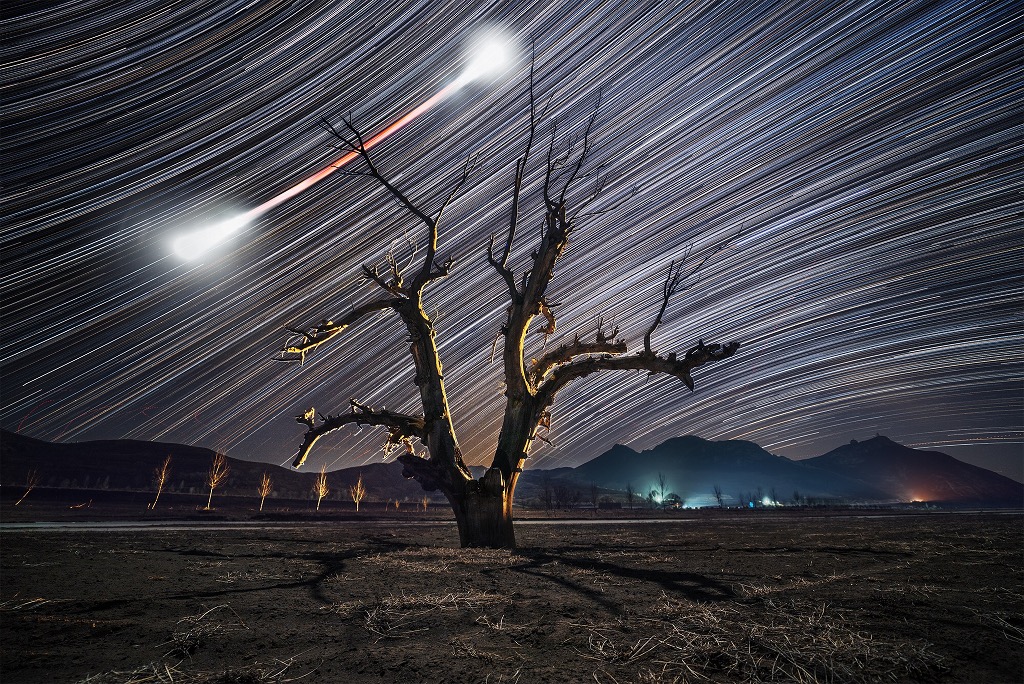 On January 31, a leisurely lunar eclipse was enjoyed from all over the night side of planet Earth, the first of three consecutive total eclipses of the Moon. This dramatic time-lapse image followed the celestial performance for over three hours in a combined series of exposures from Hebei Province in Northern China. Fixed to a tripod, the camera records the Full Moon sliding through a clear night sky. Too bright just before and after the eclipse, the Moon's bow tie-shaped trail grows narrow and red during the darker total eclipse phase that lasted an hour and 16 minutes. In the distant background are the colorful trails of stars in concentric arcs above and below the celestial equator. via NASA http://ift.tt/2nMd7aI
on February 08, 2018