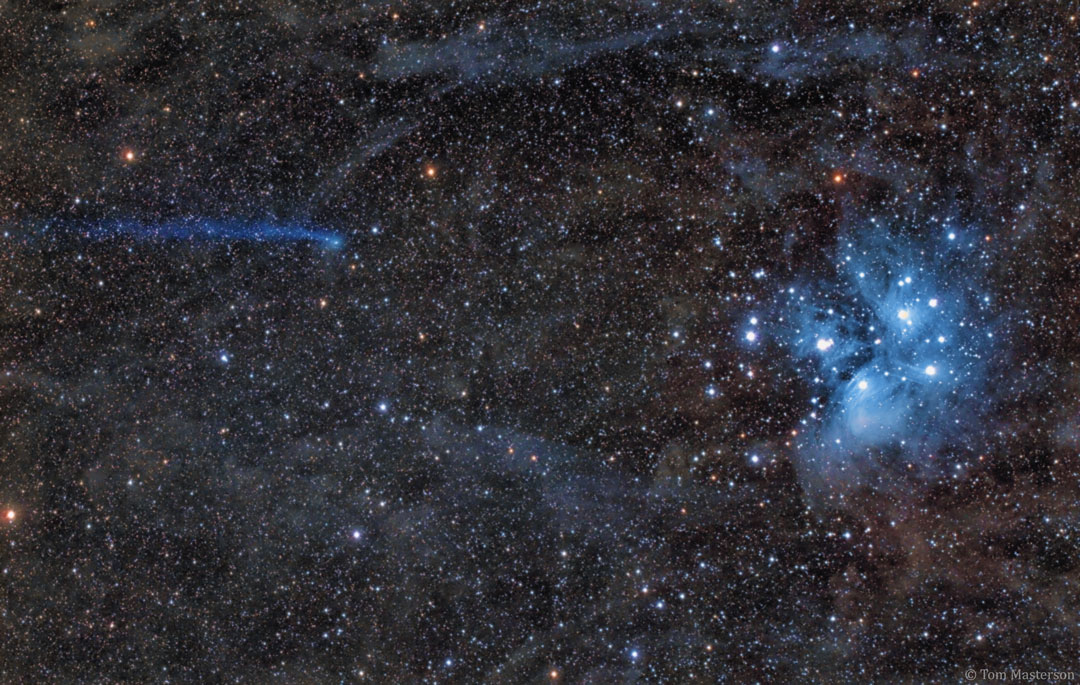 What's that heading for the Pleiades star cluster? It appears to be Comet C/2016 R2 (PanSTARRS), but here, appearances are deceiving. On the right and far in the background, the famous Pleiades star cluster is dominated by blue light from massive young stars. On the left and visiting the inner Solar System is Comet PanSTARRS, a tumbling block of ice from the outer Solar System that currently sports a long ion tail dominated by blue light from an unusually high abundance of ionized carbon monoxide. Comet PanSTARRS is actually moving toward the top of the image, and its ion tail points away from the Sun but is affected by a complex solar wind of particles streaming out from the Sun. Visible through a small telescope, the comet is fading as it recedes from the Earth, even though it reaches its closest point to the Sun in early May. via NASA http://ift.tt/2Ch24uQ
on February 12, 2018