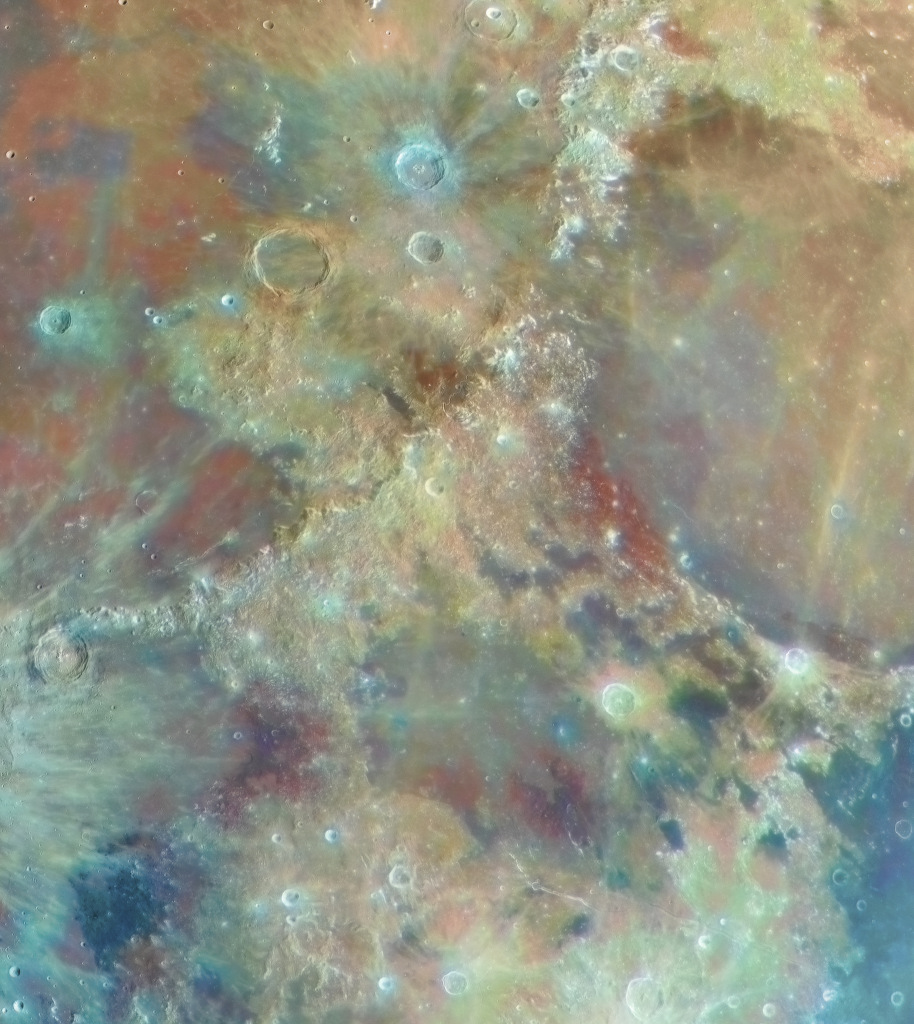 The Moon is normally seen in subtle shades of grey. But small, measurable color differences have been greatly exaggerated in this mosaic of high-resolution images captured near the Moon's full phase, to construct a multicolored, central moonscape. The different colors are recognized to correspond to real differences in the mineral makeup of the lunar surface. Blue hues reveal titanium rich areas while more orange and purple colors show regions relatively poor in titanium and iron. The intriguing Sea of Vapors, or Mare Vaporum, is below center in the frame with the sweeping arc of the lunar Montes Apenninus (Apennine Mountains) above it. The dark floor of 83 kilometer diameter Archimedes crater within the Sea of Rains, or Mare Imbrium, is toward the top left. Near the gap at the top of the Apennine's arc is the Apollo 15 landing site. Calibrated by rock samples returned by the Apollo missions, similar multicolor images from spacecraft have been used to explore the Moon's global surface composition. via NASA http://ift.tt/2zrdKNZ
on November 11, 2017