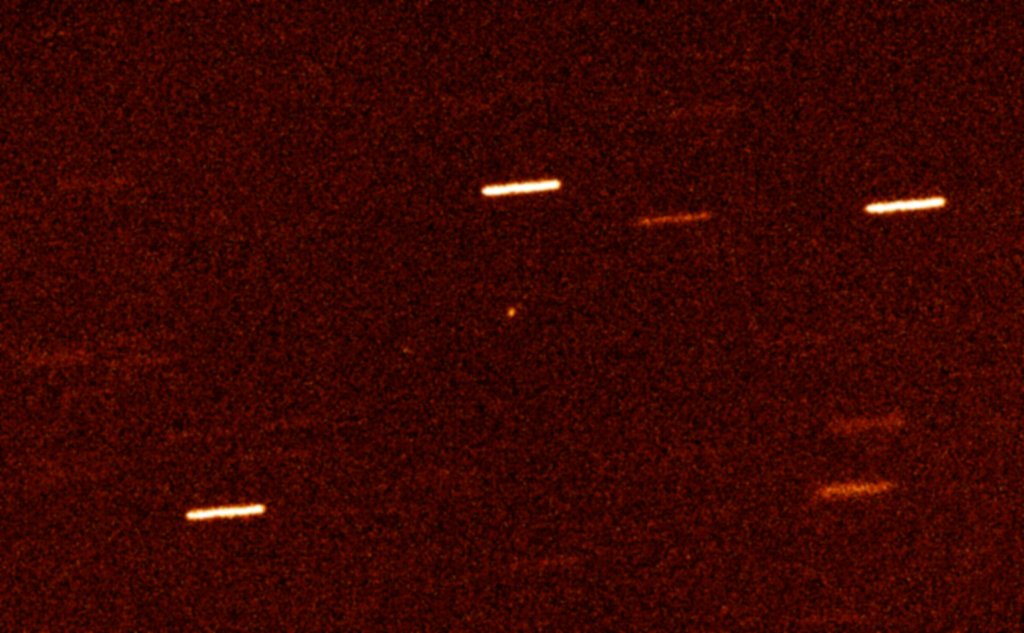 Traveling at high velocity along an extreme hyperbolic orbit and making a hairpin turn as it swung past the Sun, the now designated A/2017 U1 is the first known small body from interstellar space. A point of light centered in this 5 minute exposure recorded with the William Herschel Telescope in the Canary Islands on October 28, the interstellar visitor is asteroid-like with no signs of cometary activity. Faint background stars appear streaked because the massive 4.2 meter diameter telescope is tracking the rapidly moving A/2017 U1 in the field of view. Astronomer Rob Weryk (IfA) first recognized the moving object in nightly Pan-STARRS sky survey data on October 19. A/2017 is presently outbound, never to return to the Solar System, and already only visible from planet Earth in large optical telescopes. Though an interstellar origin has been established based on its orbit, it is still unknown how long the object could have drifted among the stars of the Milky Way. But its interstellar cruise speed would be about 26 kilometers per second. By comparison humanity's Voyager 1 spacecraft travels about 17 kilometers per second through interstellar space. via NASA http://ift.tt/2A8SLNC
on November 03, 2017