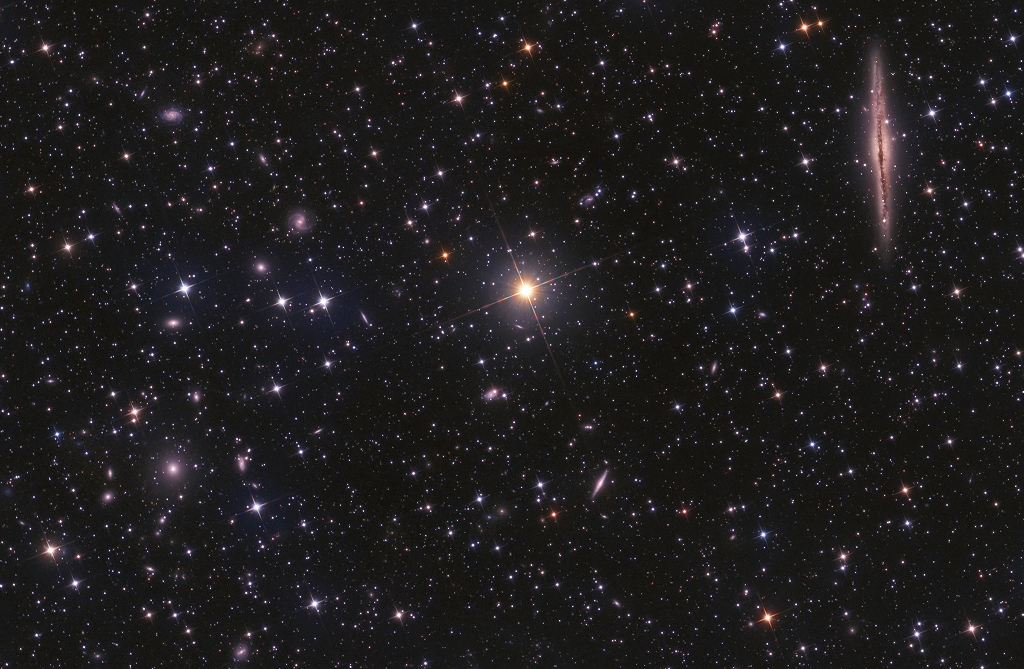 Distant galaxies lie beyond a foreground of spiky Milky Way stars in this telescopic field of view. Centered on yellowish star HD 14771, the scene spans about 1 degree on the sky toward the northern constellation Andromeda. At top right is large spiral galaxy NGC 891, 100 thousand light-years across and seen almost exactly edge-on. About 30 million light-years distant, NGC 891 looks a lot like our own Milky Way with a flattened, thin, galactic disk. Its disk and central bulge are cut along the middle by dark, obscuring dust clouds. Scattered toward the lower left are members of galaxy cluster Abell 347. Nearly 240 million light-years away, Abell 347 shows off its own large galaxies in the sharp image. They are similar to NGC 891 in physical size but located almost 8 times farther away, so Abell 347 galaxies have roughly one eighth the apparent size of NGC 891. via NASA http://ift.tt/2z7NZBY
on November 02, 2017