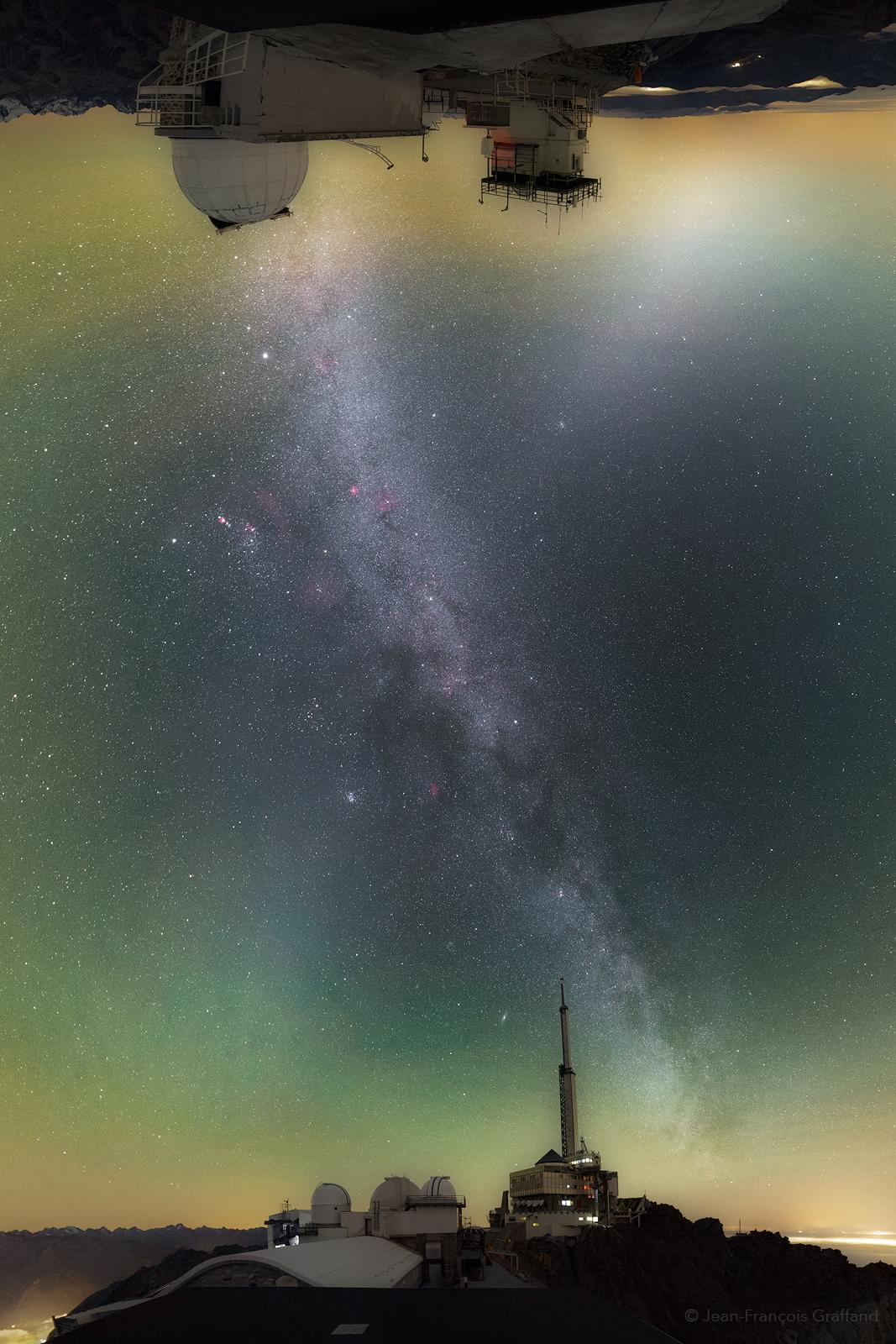 Follow this vertical panoramic view from horizon to horizon and your gaze will sweep through the zenith of a dark night sky over Pic du Midi mountaintop observatory. To make the journey above a sea of clouds, 19 single exposures were taken near the end of night on October 31 and assembled in a mercator projection that renders the two horizons flat. Begin at the top and you're looking east toward the upsidedown dome of the observatory's 1 meter telescope. It's easy to follow the plane of our Milky Way galaxy as it appears to emerge from the dome and angle down toward the far horizon. Just to its right, the sky holds a remarkable diffuse glow of zodiacal light along our Solar System's ecliptic plane. Zodiacal light and Milky Way with star clusters, cosmic dust clouds and faint nebulae, cross near the zenith. Both continue down toward the airglow in the west. They disappear near the western horizon at the bottom, beyond more Pic du Midi observatory domes and a tall communications relay antenna. via NASA http://ift.tt/2iNjjwX
on November 25, 2017