A Year of Full Moons 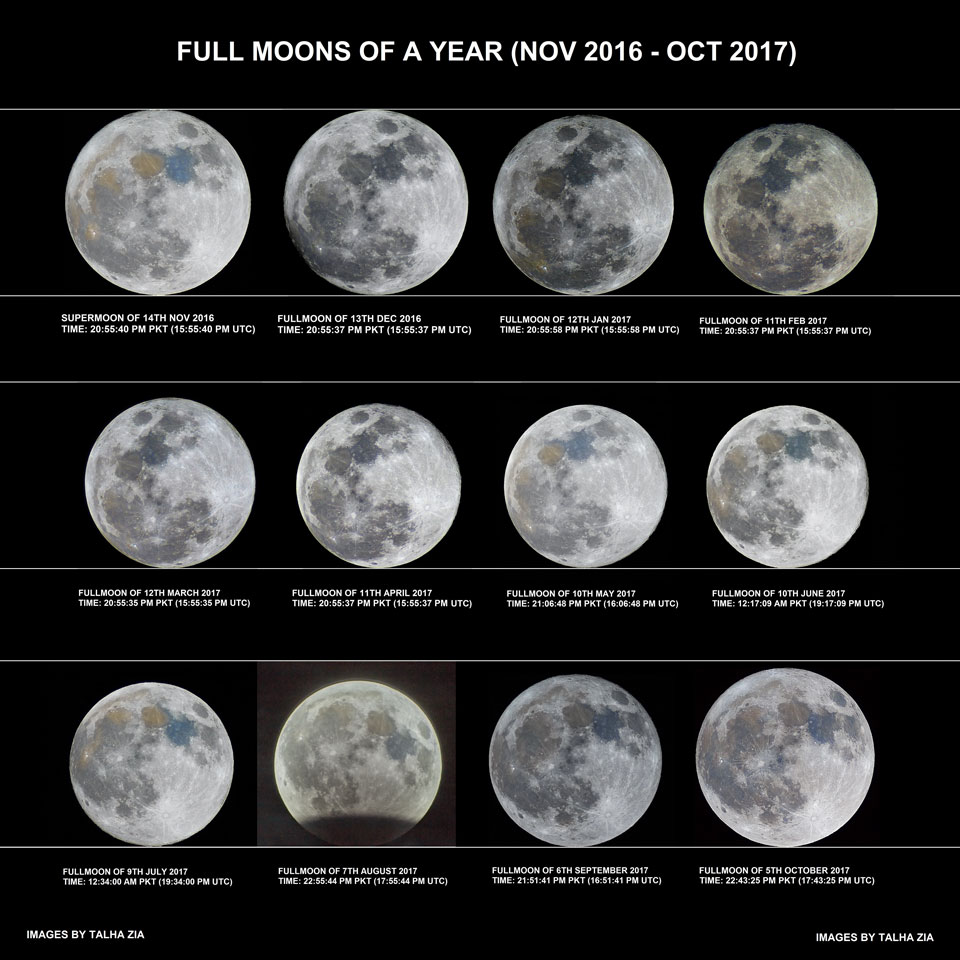 Do all full moons look the same? No. To see the slight differences, consider this grid of twelve full moons. From upper left to lower right, the images represent every lunation from 2016 November through 2017 October, as imaged from Pakistan. The consecutive full moons are all shown at the same scale, so unlike the famous Moon Illusion, the change in apparent size seen here is real. The change is caused by the variation in lunar distance due to the Moon's significantly non-circular orbit. The dark notch at the bottom of the full moon of 2017 August is the shadow of the Earth -- making this a partial lunar eclipse. Besides the sometimes exaggerated coloring, a subtler change in appearance can also be noticed on close examination, as the Moon seems to wobble slightly from one full moon to the next. This effect, known as libration, is more dramatic and easier to see in this lunation video highlighting all of the ways that the Moon appears to change over a month (moon-th). via NASA http://ift.tt/2lPBaHp
on November 05, 2017