A Fleeting Double Eclipse of the Sun 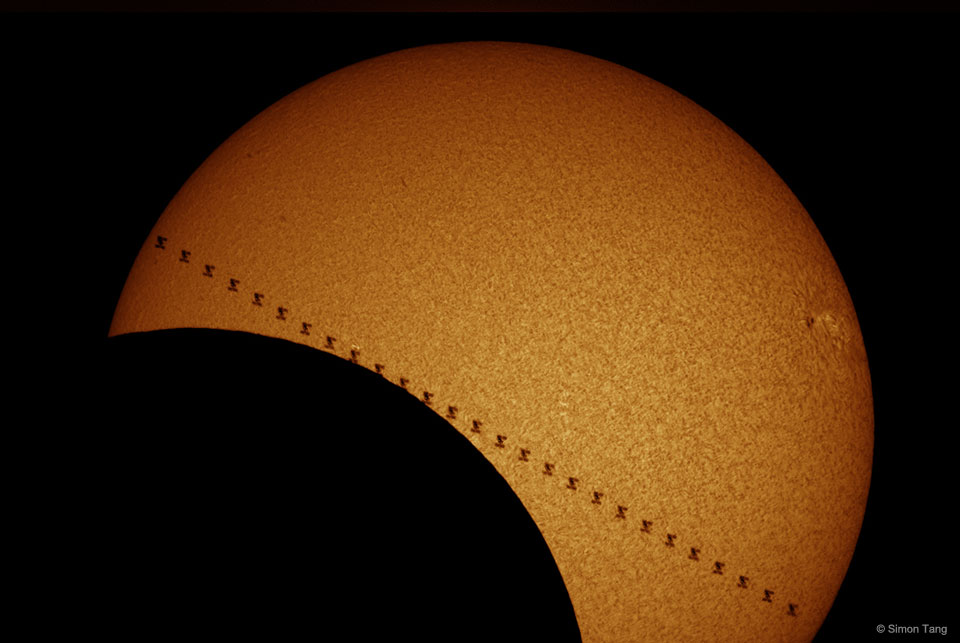 Last week, for a fraction of a second, the Sun was eclipsed twice. One week ago today, many people in North America were treated to a standard, single, partial solar eclipse. Fewer people, all congregated along a narrow path, experienced the eerie daytime darkness of a total solar eclipse. A dedicated few with fast enough camera equipment, however, were able to capture a double eclipse -- a simultaneous partial eclipse of the Sun by both the Moon and the International Space Station (ISS). The Earth-orbiting ISS crossed the Sun in less than a second, but to keep the ISS from appearing blurry, exposure times must be less than 1/1000th of a second. The featured image composite captured the ISS multiple times in succession as it zipped across the face of the Sun. The picture was taken in a specific color emitted by hydrogen which highlights the Sun's chromosphere, a layer hotter and higher up than the usually photographed photosphere. via NASA http://ift.tt/2wShbvy
on August 28, 2017