Night of the Perseids 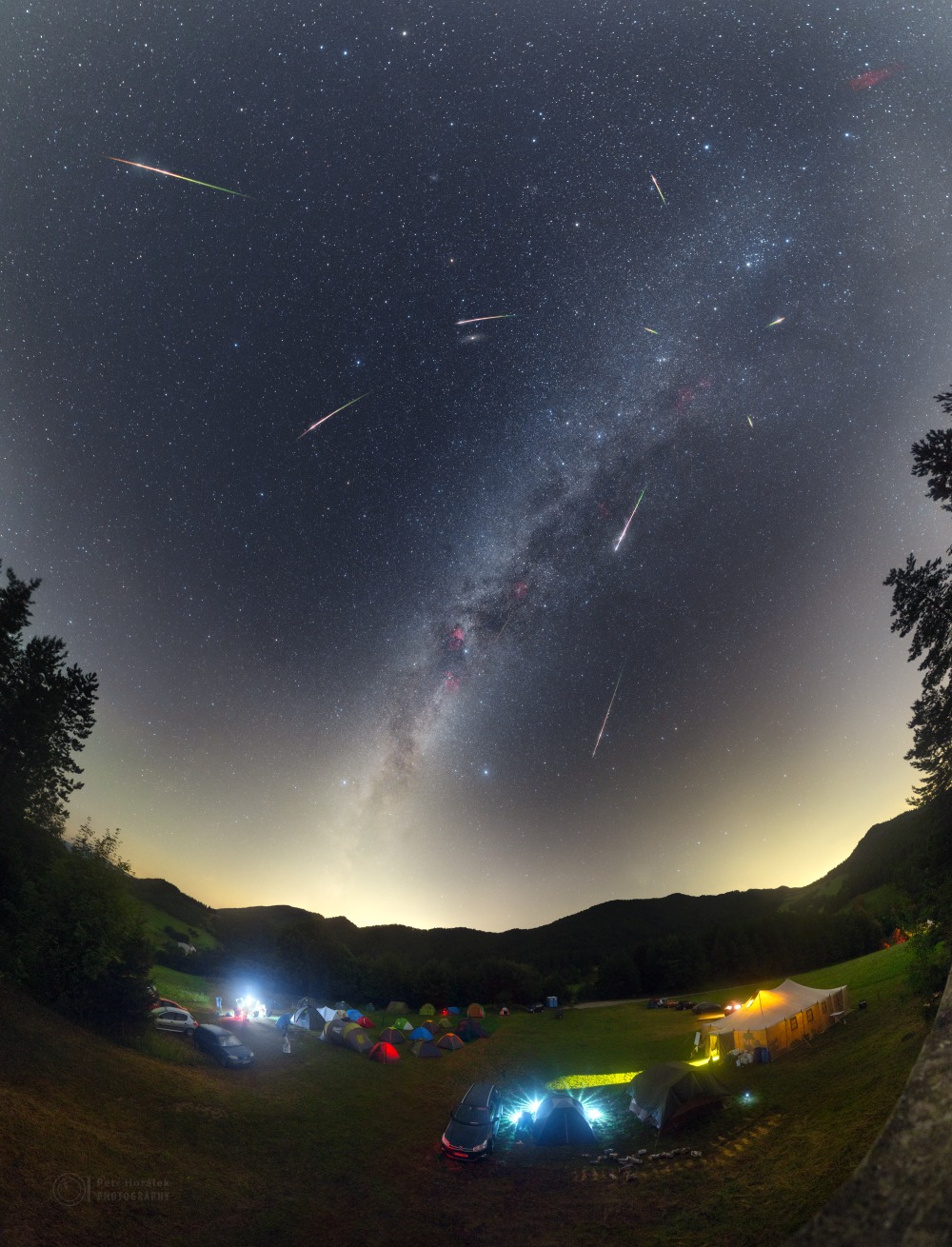 This weekend, meteors will rain down near the peak of the annual Perseid Meteor Shower. Normally bright and colorful, the Perseid shower meteors are produced by dust swept up by planet Earth from the orbit of Comet Swift-Tuttle. They streak from a radiant in Perseus, above the horizon in clear predawn skies. Despite interfering light from August's waning gibbous moon, this year's Perseids will still be enjoyable, especially if you can find yourself in an open space, away from city lights, and in good company. Frames used in this composite view capture bright Perseid meteors from the 2016 meteor shower set against a starry background along the Milky Way, with even the faint Andromeda Galaxy just above center. In the foreground, astronomers of all ages have gathered on a hill above the Slovakian village of Vrchtepla. via NASA http://ift.tt/2uo0I28
on August 10, 2017