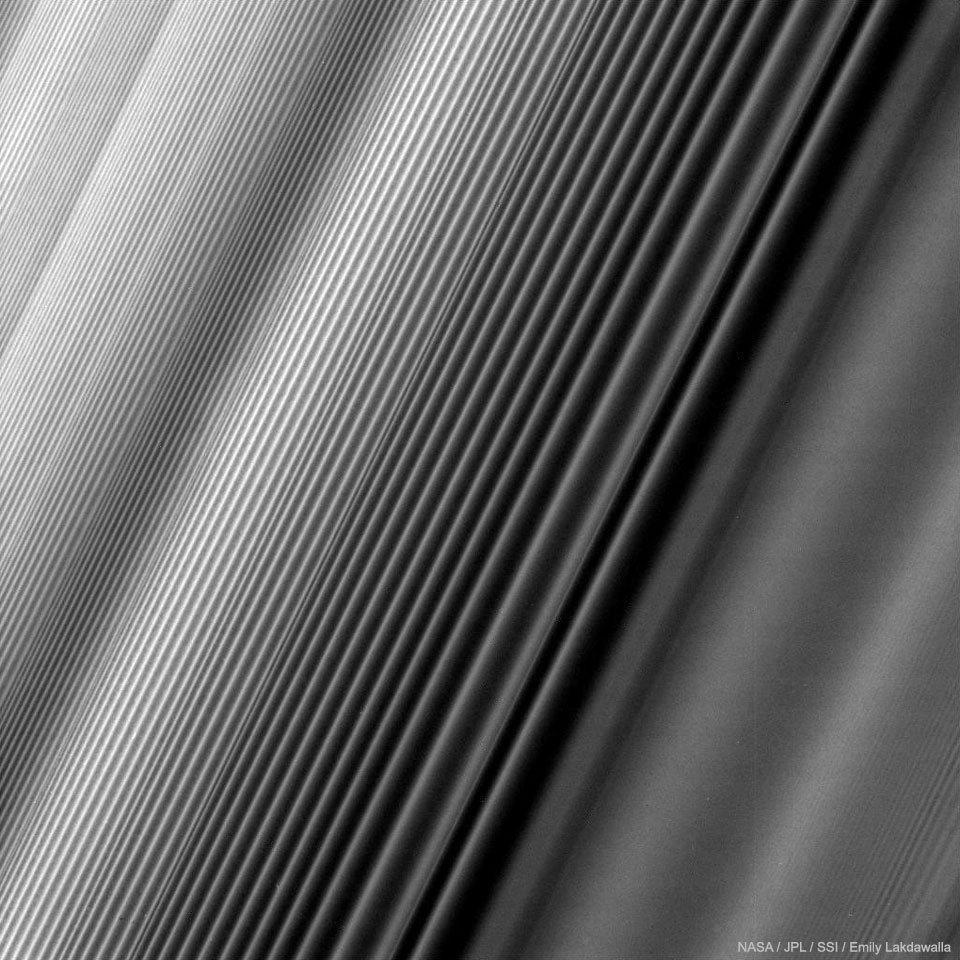 What causes the patterns in Saturn's rings? The Cassini spacecraft, soon ending its 13 years orbiting Saturn, has sent back another spectacular image of Saturn's immense ring system in unprecedented detail. The physical cause for some of Saturn's ring structures is not always understood. The cause for the beautifully geometric type of ring structure shown here in ring of Saturn, however, is surely a density wave. A small moon systematically perturbing the orbits of ring particles circling Saturn at slightly different distances causes such a density wave bunching. Also visible on the lower right of the image is a bending wave, a vertical wave in ring particles also caused by the gravity of a nearby moon. Cassini's final orbits are allowing a series of novel scientific measurements and images of the Solar System's most grand ring system. via NASA http://ift.tt/2vaJh3H
on August 08, 2017