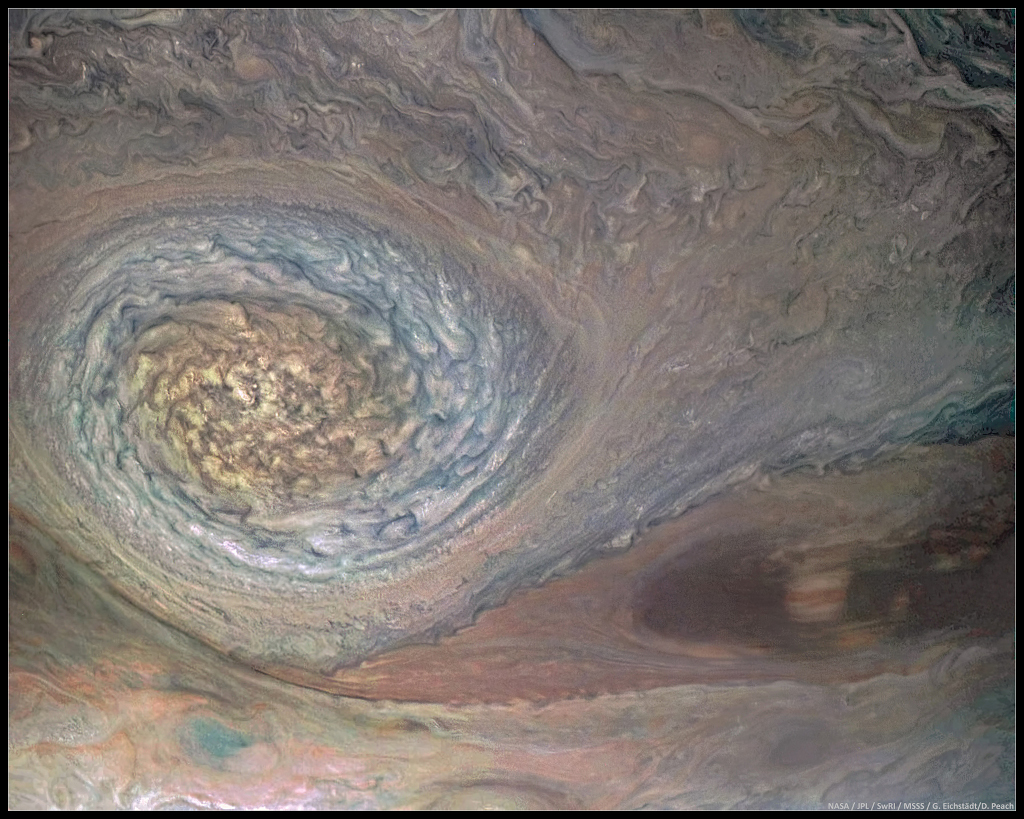 On July 11, the Juno spacecraft once again swung near the turbulent Jovian cloud tops. On its seventh orbital closest approach this perijove passage brought Juno within 3,500 kilometers of the Solar System's largest planetary atmosphere. Near perijove the rotating JunoCam was able to record this stunning, clear view of one of Jupiter's signature vortices. About 8,000 kilometers in diameter, the anticyclonic storm system was spotted in Jupiter's North North Temperate Zone in the 1990s. That makes it about half the size of an older and better known Jovian anticyclone, the Great Red Spot, but only a little smaller than planet Earth. At times taking on reddish hues, the enormous storm system is fondly known as a North North Temperate Zone Little Red Spot. via NASA http://ift.tt/2vkZKU4
on August 03, 2017