The Heart Nebula in Hydrogen, Oxygen, and Sulfur 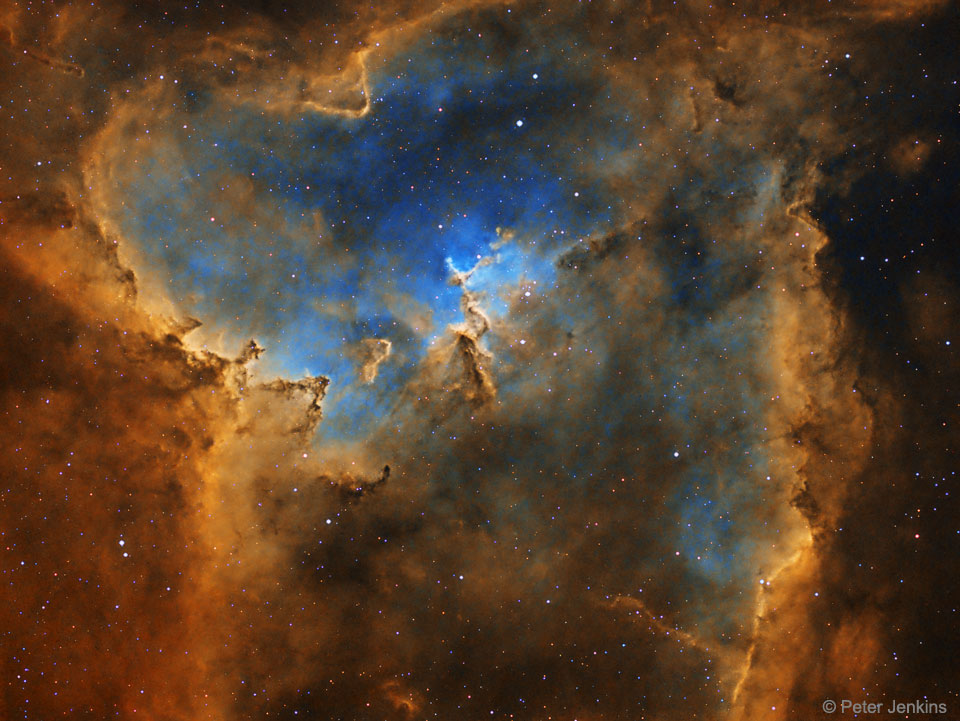 What powers the Heart Nebula? The large emission nebula dubbed IC 1805 looks, in whole, like a heart. The nebula's glow -- as well as the shape of the gas and dust clouds -- is powered by by stellar winds and radiation from massive hot stars in the nebula's newborn star cluster Melotte 15. This deep telescopic image maps the pervasive light of narrow emission lines from atoms of hydrogen, oxygen, and sulfur in the nebula. The field of view spans just over two degrees on the sky, so that it appears larger than four times the diameter of a full moon. The cosmic heart is found in the constellation of Cassiopeia, the boastful mythical Queen of Aethiopia . via NASA http://ift.tt/2vg24fJ
on August 27, 2017