A Total Solar Eclipse of Saros 145 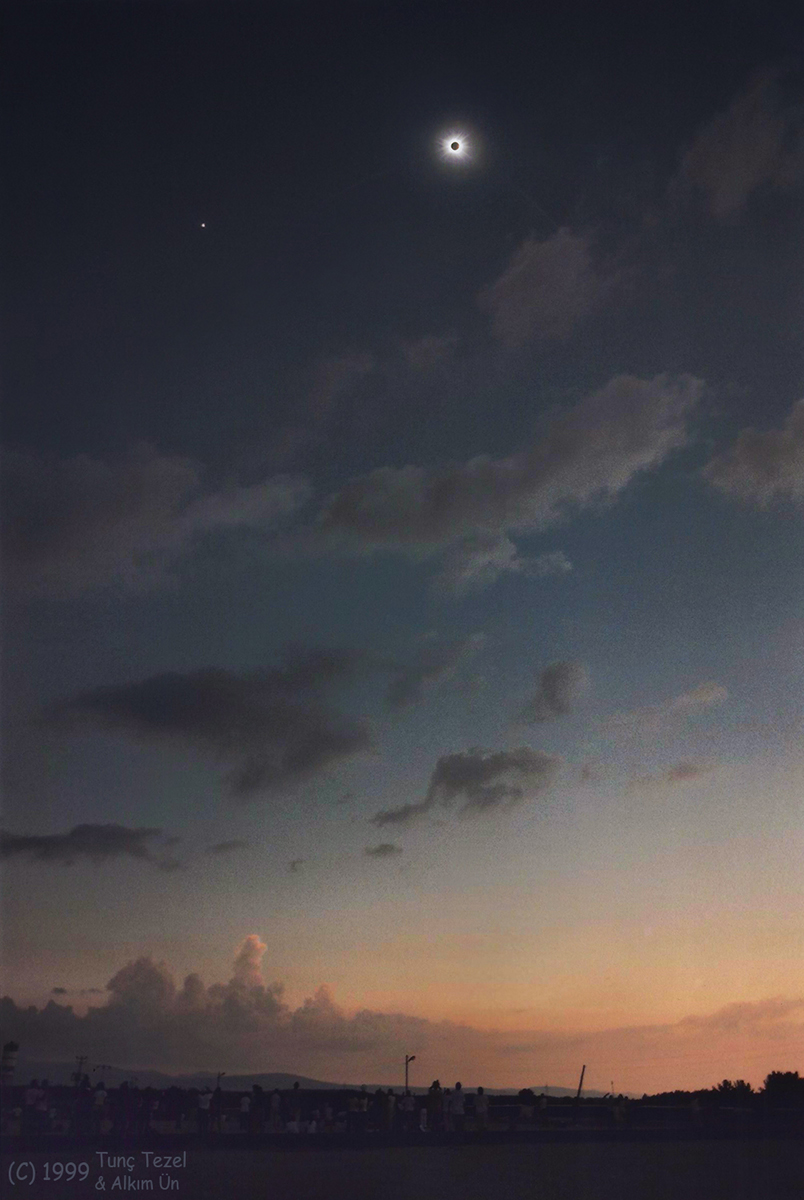 A darkened sky holds bright planet Venus, the New Moon in silhouette, and the shimmering corona of the Sun in this image of a total solar eclipse. A composite of simultaneous telephoto and wide angle frames it was taken in the path of totality 18 years ago, August 11, 1999, near Kastamonu, Turkey. That particular solar eclipse is a member of Saros 145. Known historically from observations of the Moon's orbit, the Saros cycle predicts when the Sun, Earth, and Moon will return to the same geometry for a solar (or lunar) eclipse. The Saros has a period of 18 years, 11 and 1/3 days. Eclipses separated by one Saros period belong to the same numbered Saros series and are very similar. But the path of totality for consecutive solar eclipses in the same Saros shifts across the Earth because the planet rotates for an additional 8 hours during the cycle's fractional day. So the next solar eclipse of Saros 145 will also be a total eclipse, and the narrow path of totality will track coast to coast across the United States on August 21, 2017. via NASA http://ift.tt/2vIhybS
on August 11, 2017