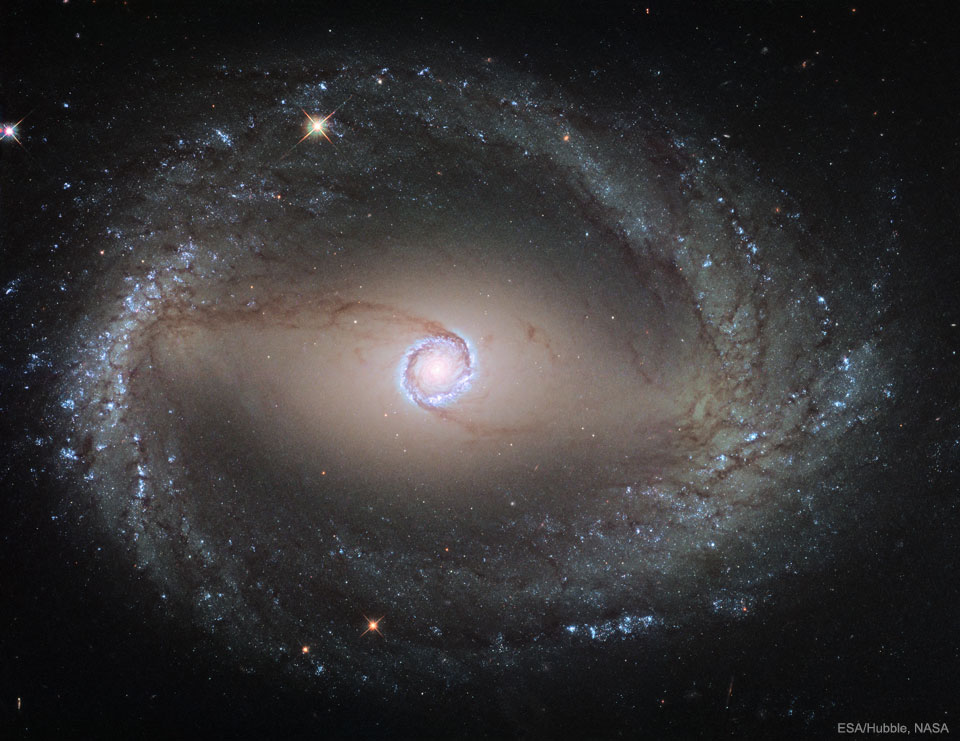 Most galaxies don't have any rings -- why does this galaxy have two? To begin, the bright band near NGC 1512's center is a nuclear ring, a ring that surrounds the galaxy center and glows brightly with recently formed stars. Most stars and accompanying gas and dust, however, orbit the galactic center in a ring much further out -- here seen near the image edge. This ring is called, counter-intuitively, the inner ring. If you look closely, you will see this the inner ring connects ends of a diffuse central bar that runs horizontally across the galaxy. These ring structures are thought to be caused by NGC 1512's own asymmetries in a drawn-out process called secular evolution. The gravity of these galaxy asymmetries, including the bar of stars, cause gas and dust to fall from the inner ring to the nuclear ring, enhancing this ring's rate of star formation. Some spiral galaxies also have a third ring -- an outer ring that circles the galaxy even further out. via NASA http://ift.tt/2vDVT5c
on August 06, 2017