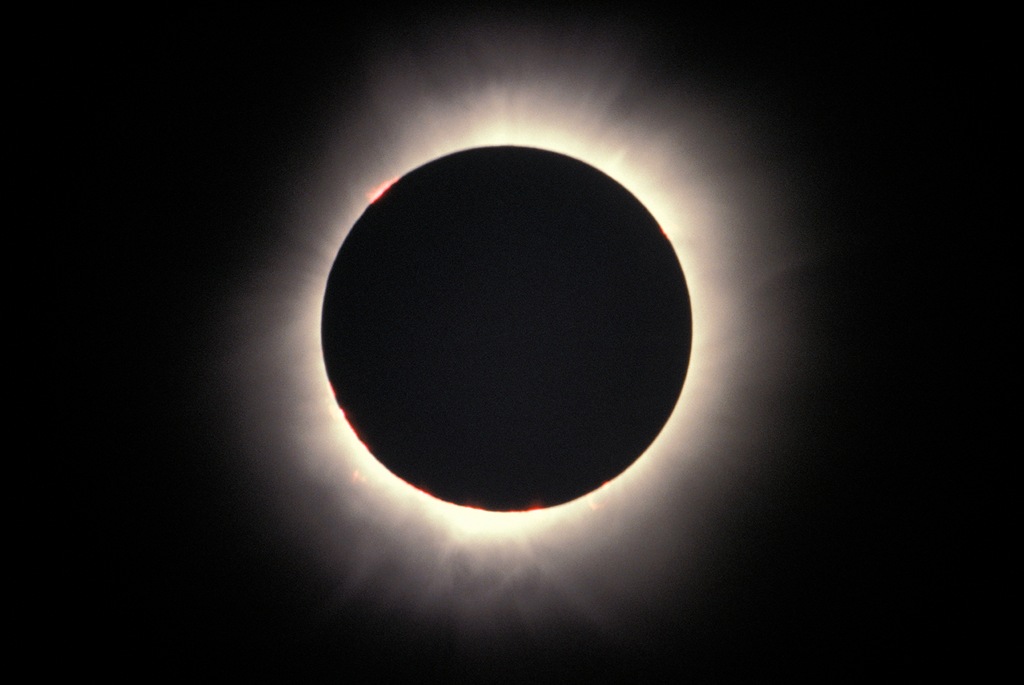 From cold, clear skies over Riverton, Manitoba, Canada, planet Earth, the solar corona surrounds the silhouette of the New Moon in this telescopic snapshot of the total solar eclipse of February 26, 1979. Thirty eight years ago, it was the last total solar eclipse visible from the contiguous United States. The narrow path of totality ran through the northwestern states of Washington, Oregon, Idaho, Montana, and North Dakota before crossing into Canadian provinces Saskatchewan, Manitoba, Ontario and Quebec. Following the upcoming August 21, 2017 total solar eclipse crossing the U.S. from coast to coast, an annular solar eclipse will be seen in the continental United States on October 14, 2023, visible along a route from Northern California to Florida. Then, the next total solar eclipse to touch the continental U.S. will track across 13 states from from Texas to Maine on April 8, 2024. via NASA http://ift.tt/2v7zND7
on August 19, 2017