Perseid by the Sea 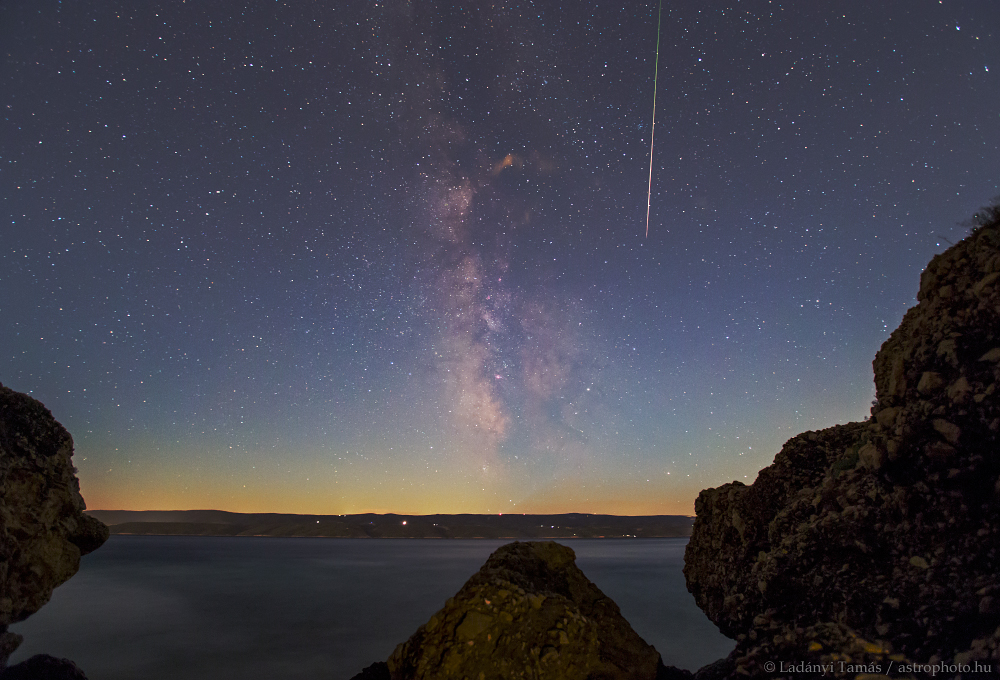 Just after moonrise on August 12 this grain of cosmic sand fell by the sea, its momentary flash part of the annual Perseid Meteor Shower. To create the Perseid meteors, dust along the orbit of periodic comet Swift-Tuttle is swept up by planet Earth. The cometary debris plows through the atmosphere at nearly 60 kilometers per second and is quickly vaporized at altitudes of 100 kilometers or so. Perseid meteors are often bright and colorful, like the one captured in this sea and night skyscape. Against starry sky and faint Milky Way the serene view looks south and west across the Adriatic Sea, from the moonlit Dalmatian coast toward the island of Brac. via NASA http://ift.tt/2fHEKAR
on August 16, 2017