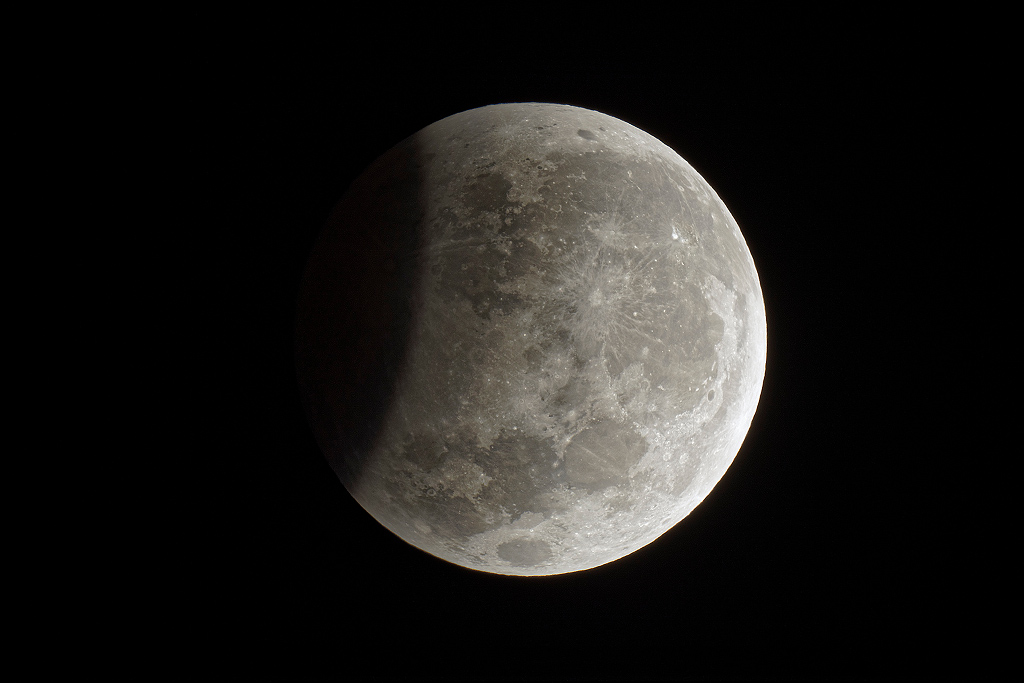 August's Full Moon is framed in this sharp, high dynamic range composition. Captured before sunrise on August 8 from Sydney, Australia, south is up and the Earth's dark, umbral shadow is at the left, near the maximum phase of a partial lunar eclipse. Kicking off the eclipse season, this time the Full Moon's grazing slide through Earth's shadow was visible from the eastern hemisphere. Up next is the much anticipated total solar eclipse of August 21. Then, the New Moon's shadow track will include North America, the narrow path of totality running coast to coast through the United States. via NASA http://ift.tt/2woQfAK
on August 09, 2017